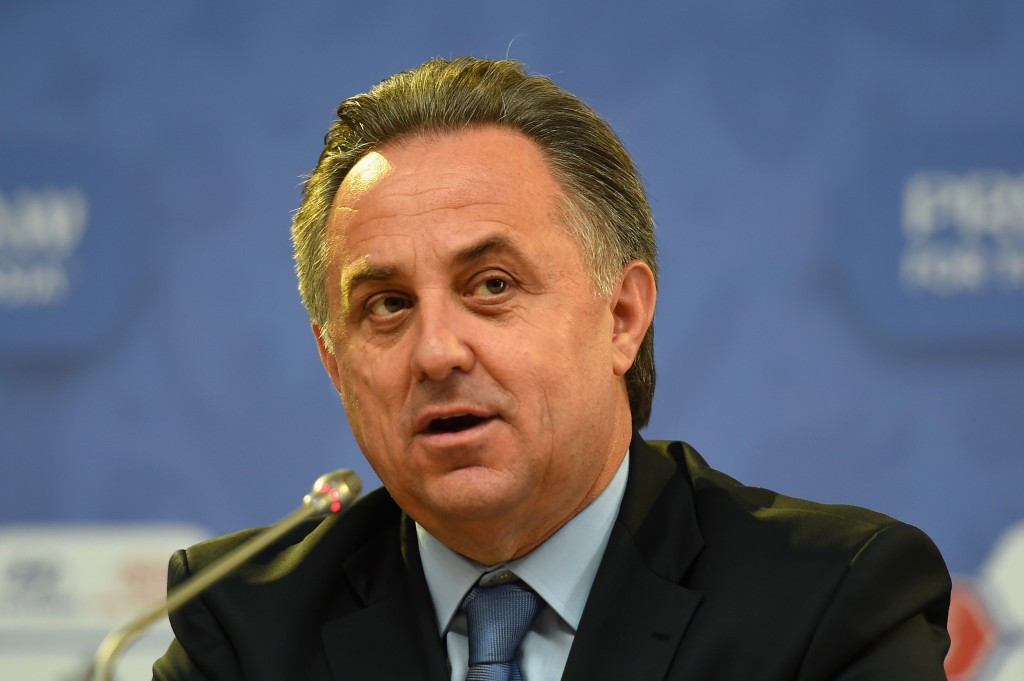 Russian Sports Minister Vitaly Mutko says his country is "sorry" for the doping crisis which has put the Rio 2016 participation of its athletics team at risk.

Mutko, known for his rigorous defence of his nation as accusations have continued to mount, demonstrated somewhat of a departure from his normal defiance to admit he was ashamed of his country's drug cheats.

Russia, one of the world's major forces in track and field, were suspended by the International Association of Athletics Federations (IAAF) in November following the damning World Anti-Doping Agency (WADA) Independent Commission reports, which revealed explosive evidence of a widespread state-sponsored doping scheme.

The Briton asked Russia to "clean house" but further scandals have enveloped the country since then, including new claims last week of state interference and cover-ups in the doping laboratory at the Sochi 2014 Winter Olympics.

UK Anti-Doping (UKAD), brought in by WADA help oversee Russia's drug testing programme following the suspension of the Russian Anti-Doping Agency (RUSADA), are reportedly reconsidering the arrangement due to a lack of cooperation and their work being "obstructed".

Mutko, writing for The Sunday Times, the British newspaper which played a key role in bringing revelations to light along with German broadcaster ARD, said: "The reasons for the All-Russian Athletics Federation (ARAF) being suspended from the IAAF have been well-documented.

"Serious mistakes have been made by the Federation management, along with athletes and coaches who have broken anti-doping rules and neglected the principle of fair play, so fundamental to sport for immediate benefits.

"Let us be clear.

"We are ashamed of them.

“We are very sorry that athletes who tried to deceive us, and the world, were not caught sooner.

"We are very sorry because Russia is committed to upholding the highest standards in sport and is opposed to anything that threatens the Olympic values."

Mutko argued that any ban on athletes would be unfair on clean competitors and said his country wasn't the only one with an issue.

“In under three months, one of the world’s greatest sporting spectacles will begin in Rio: a festival of sporting excellence and excitement bringing together athletes from all corners of the globe," he said.

"As it currently stands, when the Olympic flame is lit in the Maracana Stadium on August 5, our track and field athletes may not be there.

"These are men and women who have sacrificed years of their lives striving to compete at the very highest level, who have dreamt of taking part in the Olympic Games, and who now face having their sacrifice wasted and their dreams shattered.

"We do not deny having a problem in Russia, and we are doing everything possible at the state level to eradicate doping, including punishing athletes and coaches found to have violated anti-doping rules.

"But doping is a global problem, not just a Russian one."

The IAAF are expected to consider the issue at their Council meeting in Vienna on June 17.

Mutko said Russia had done "everything asked" by the IAAF for reinstatement.

"Since Russia was suspended last November, with RUSADA, the Moscow laboratory and the ARAF all losing their WADA status, we have agreed a road-map with WADA aimed at restructuring these organisations, taking a series of steps to demonstrate how committed we are to ensuring that sport in our country is clean and fair," he said.

“Before the Rio Games begin, our aspiring Olympians will undergo a minimum of three anti-doping controls carried out by the IAAF – in addition to any testing that they receive in all qualifying competitions.

"In addition, two international experts are now based in Moscow to supervise all activities of our anti-doping agency.

“We have also signed an agreement with the UK’s anti-doping agency, UKAD, to carry out all anti-doping activities until our programme is restored, and we have made key changes to the leadership of the All-Russia Athletic Federation to give the sport a fresh start.

"Furthermore, all disputed cases of alleged doping have been handed over to the Court of Arbitration for Sport in Lausanne in order that the process can be extra-transparent.

“We will do everything humanly possible to ensure our athletes are a part of clean, fair and enthralling Games.

'No other nation's athletes will have been placed under the spotlight to the same degree as ours will be.

"Such an intense glare does not allow anywhere for cheats to hide."

Some have argued that even if Russia does clean up its act, the country should still face a ban as punishment for what came before.

Others have called for investigations to be rolled out into other sports, not just athletics.

The International Olympic Committee (IOC) - whose President Thomas Bach has close ties with Russian President Vladimir Putin - are keen to avoid any ban in Rio.

The pressure they are able to exert on the IAAF could well be a key factor.