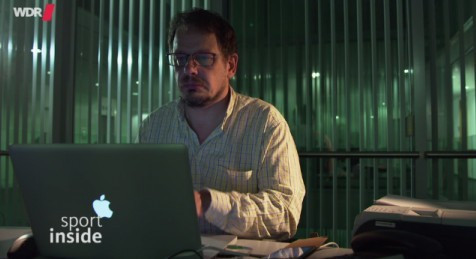 Russian athletes and coaches have ignored the ban placed on the All-Russia Athletic Federation (ARAF) following allegations of systemic and state-supported doping in the country, and are still continuing with their involvement in athletics, the third documentary from German broadcasters WDR/ARD has claimed.

It alleges that coaches remain involved with illicit doping practices and that the country is violating the ban, which could further threaten their chances of competing at this year's Olympic Games in Rio de Janeiro if the claims are found to be proven.

The explosive film also uncovers accusations that a member of the Russian Anti-Doping Agency (RUSADA), which was declared non-compliant by the  World Anti-Doping Agency (WADA) last year following the publication of the Independent Commission report, informed athletes of when they were due to be tested.

The documentary by renowned journalist Hajo Seppelt and Florian Riesewieck, entitled "Russia's Red Herrings", was screened on the weekly Sport Inside programme tonight.

An ARD documentary in December 2014 proved to be the catalyst for the doping scandal currently engulfing world athletics.

Allegations were made of systematic state-sponsored doping within Russia's athletics team and a list of athletes with supposed suspect values were revealed.

Two reports from the WADA Independent Commission followed, which led to Russia being banned from international competition by the International Association of Athletics Federations (IAAF).

“This must be investigated, and a consequence would be that this person is fired.

“We are very sceptical.

“According to current knowledge, Russian athletes should not be allowed to compete at the 2016 Olympic Games.”

The claims in the latest documentary are set to put further pressure on the IAAF to ensure Russia do not compete at Rio 2016.

The President of the German Athletics Association, Clemens Prokop, is among those who believe the conditions of Russian athletes being able to participate at Rio 2016 have not been met.

“Apparently, the situation as it has been called into question by the WADA Independent Commission, has not substantially changed,” he said.

“This can only mean that the conditions for the Olympic participation of Russian athletes is not satisfied.”

Russian Sports Minister Vitaly Mutko claims, however, that the third documentary is purely a tool to influence sporting organisations and told the country's official news agency TASS that he sees it as “big public and political pressure”.

“Of major importance is the position of international organisations, responsible for certain kinds of sports.

“It is high time they take positions.

“And the positions should not be changed depending on an article or a film - otherwise, we shall never manage problems."

Even in the face of the two WADA Independent Commission reports and the suspension of the ARFA, Russia have denied the allegations of wrongdoing.

A report published last month by the country's Prosecutor-General’s claimed there was no evidence to support the findings of the Independent Commission, chaired by respected Canadian lawyer Richard Pound, the International Olympic Committee's longest-serving member and the founding President of WADA.

The broadcast of the third documentary comes ahead of the IAAF Council meeting to discuss the findings of a Taskforce it set up in the aftermath of the WADA reports, which is overseeing Russia's potential return to the fold.

The meeting is due to held in Monte Carlo on March 10 and 11.

Rune Andersen, who is heading up the Taskforce, was given advanced access to the documentary.

"The IAAF thanks ARD and Mr. Seppelt for giving the independent chair Rune Andersen of the IAAF Taskforce advance access to video and audio recording material which is being broadcast in today’s ARD/WDR documentaries," an IAAF statement sent to insidethegames said.

"The Taskforce will look carefully into the matters raised by the latest documentaries, including discussing them with representatives of ARAF.”

Ben Nichols, a spokesman for WADA, told insidethegames:"WADA is aware of the ARD documentary to be aired today, and will watch the programme with interest.

"If there are matters to be pursued as a result, we will have no hesitation in doing so."

One of the coaches currently suspended who appeared in the hard-hitting documentary, Vladimir Kazarin, has strongly refuted the allegations made, dismissing them as "an absolute load of rubbish" in an interview with Reuters.

He also went on to claim that the accusations were "a political request from the Americans" who are working behind the scenes to ensure Russian athletes are not allowed to compete at Rio 2016.

"This is all leading up to making sure that we do not compete in the Olympics," Kazarin told Reuters.

"There is very little time left.

"I believe this is a political request from the Americans.

"The USA controls politics and sport.

"If we are banned, then all these medals will go to the USA and Great Britain."