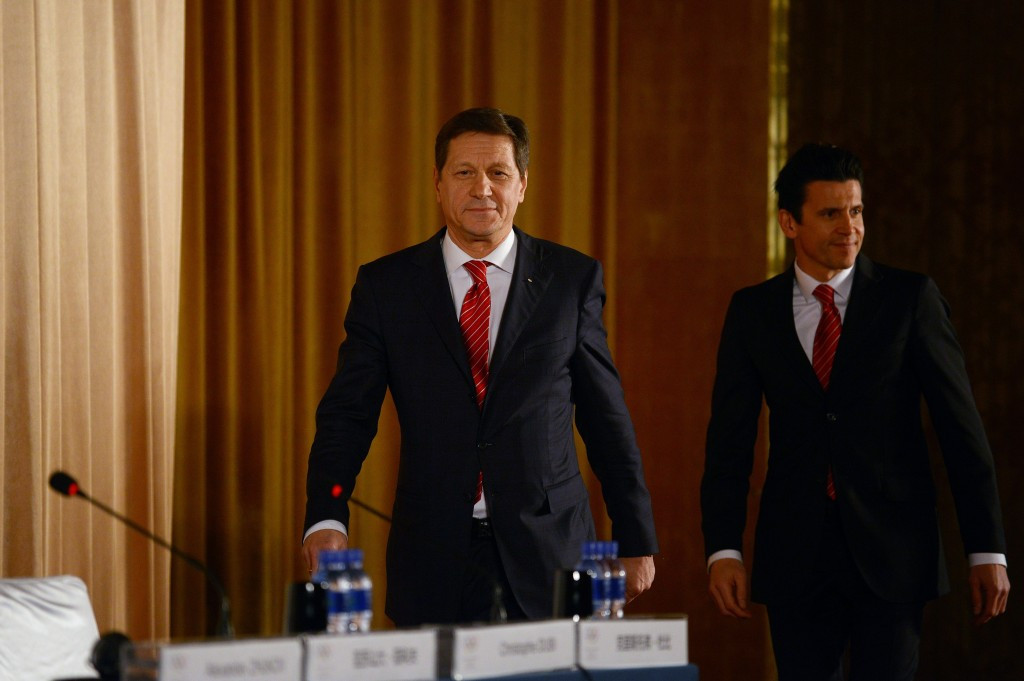 The 59-year-old has suggested that the International Olympic Committee (IOC) are not considering the possibility of the powerhouse not being present in Brazil.

An IAAF Taskforce has been charged with overseeing Russia's reinstatement, with the governing body set to review the situation at its next Council meeting in May.

If the ban is not lifted Russia's athletics team would in theory be prevented from competing at Rio 2016, although outside influence from the IOC is seen as key in the final reckoning.

Thomas Bach, the IOC President, is a known ally of Russian President Vladimir Putin and it is thought the IAAF could be levered into agreeing with his wishes.

The German is known to be keen to avoid the scenario of Russia, a major athletics force, missing out.

When asked if the IOC were considering banning Russia, Zhukov told Russian news agency TASS: "No".

"We share a common stance with Thomas Bach that all clean athletes must be taking part in the Games," he added.

The comments of Zhukov, who is a member of the IOC, suggests that he believes a decision to lift his country's suspension is a mere formality.

Bach's links with Russia include the Sochi 2014 Winter Olympics, the first major event of his tenure.

It was widely reported that the Games cost Russia $51 billion (£31 billion/€37 billion) but the IOC has disputed this lofty figure.

They claim the amount was in fact $12 billion (£8 billion/€11 billion) with the remainder spent on infrastructure, but have not been able to convince many that this is the case.

The money, therefore, could prove to be a bargaining chip for Putin who will no doubt negotiate with Bach about Russian reinstatement.

Bach also appointed Zhukov to head the IOC's Coordination Commission for the 2022 Winter Olympics in Beijing.

On November 14, one day after Russia's IAAF suspension, Bach said he was "confident" that the country would clean up its act in time.

“I welcome the fact that the ROC expressed its firm commitment to protect the clean athletes, and to sanction all the doped athletes and officials,” he said.

"We are confident that the initiatives being proposed by the ROC, with the responsible international organisations, WADA and the IAAF, will ensure compliance as soon as possible in order to provide participation of the clean Russian athletes at the Olympic Games."