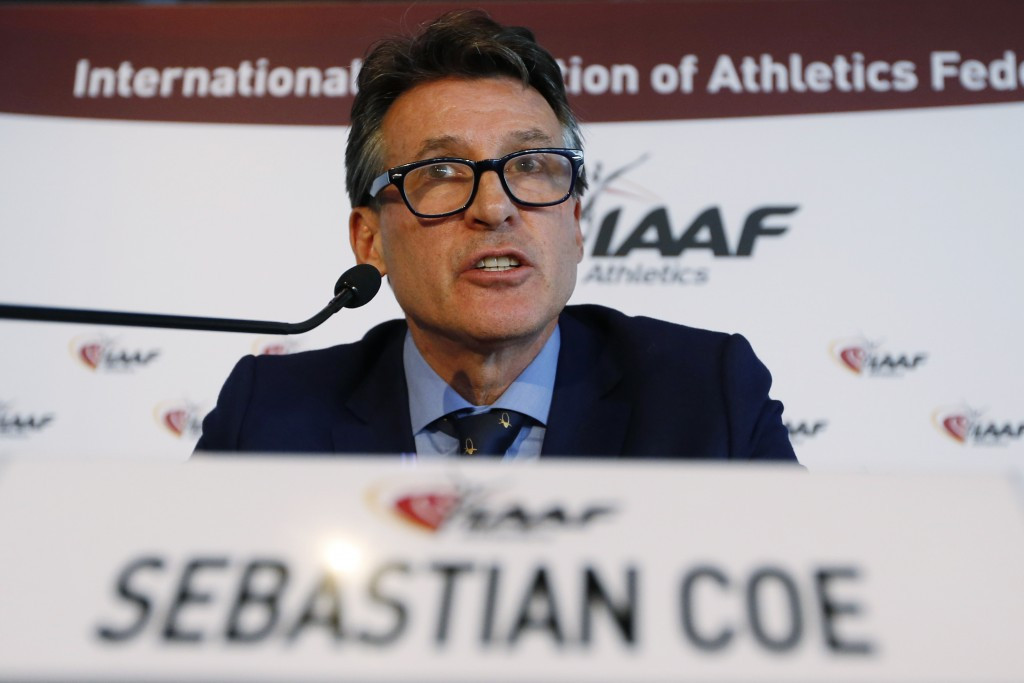 Russia are to be given more time to prove they are dealing with the anti-doping crisis in their country so its athletes can compete at this year's Olympic Games in Rio de Janeiro, International Association of Athletics Federations (IAAF) President Sebastian Coe announced here today.

It followed a report to the IAAF Council from Rune Andersen, the Norwegian leading the Taskforce that is overseeing Russia's reinstatement.

Andersen said that Russia had showed "considerable progress" in the wake of its suspension in November.

They are now scheduled to discuss the issue at its next Council meeting in May to review the decision.

"The view of the Taskforce is that there is significant work still to be done to satisfy reinstatement conditions," Andersen added.

"We still need to interview athletes and coaches named in the WADA Commission report to understand the scope and nature of previous doping activities."

The decision had been widely expected.

The addition to the IAAF calendar of an extra meeting of the ruling Council in May suggests, however, that the All-Russia Athletics Federation (ARAF) are going to be given every opportunity to have the ban lifted in time for the Olympics.

The meeting is likely to be the final opportunity for them to to demonstrate to the IAAF that they have made the changes required and be given the opportunity to compete at Rio 2016.

"I think you should conclude that these decisions will be taken at that point," Coe said.

On Sunday (March 6) a documentary on German television channel ARD claimed Russia had made little progress on reform, that coaches banned for doping were still operating in the country and officials newly-installed as part of the clean-up were tipping off athletes ahead of drugs tests.

Progress has been made in Russia, Coe claimed, but he warned them they need to undertake "significant further works".

Andersen warned, however, that for him to make a recommendation on whether the ban should be lifted in time for Rio 2016 he wanted to see more than just changes in administration and how drugs testing is conducted in Russia.

"One criteria which is very, very important, is changing the culture of doping in Russia," he said.

"It's a first job that needs to be done."

Mikhail Butov, general secretary of the ARAF and member of the IAAF Council, claimed that the world governing body were impressed, though, with the changes undertaken since November.

"The main idea, which we managed to deliver to the Council, was that an enormous work had been done by Russia on the issue," he said.

"This work was noticed and appreciated.

"It is very significant, since it was important for the members of the Council to hear that we [Russia] are following with the requests of IAAF.

"The Taskforce also expressed its opinion that more time is necessary for us to implement all of the IAAF’s requested criteria.

"It was decided that it was necessary to take more steps to meet all of the requested criteria."

Coe also revealed that Russian doping cheat turned whistleblower Yuliya Stepanova could be allowed to compete at Rio 2016 as an independent athlete.

Andersen's Taskforce have been given the job of investigating whether such a situation is possible.