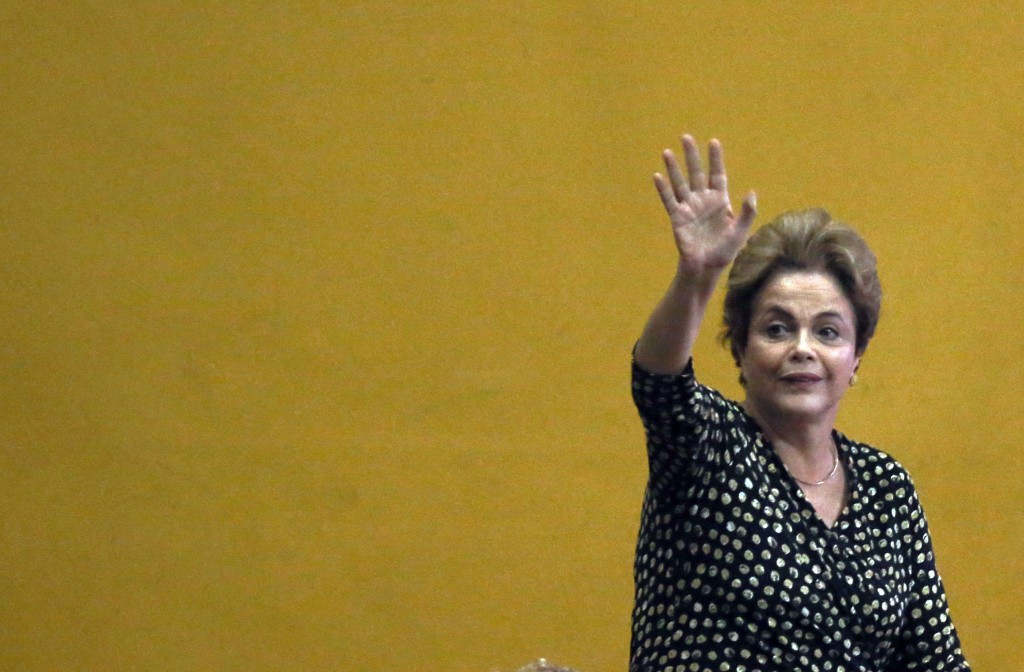 Brazilian President Dilma Rousseff will miss the Rio 2016 Olympics after Brazil's Senate voted to proceed to an impeachment trial today.

Senators voted 55-22 in favour of the move following hours of debate, meaning Rousseff is automatically suspended for 180 days.

That means she will not be able to attend the Olympics in an official capacity with the Rio 2016 Opening Ceremony looming on August 5.

Rousseff is accused of "fiscal irresponsibility" for allegedly trying to manipulate budget gaps during the 2014 election but has denied any wrongdoing.

She attempted to halt proceedings at the Supreme Court but this was rejected and she has now been removed from power.

Senators debated deep into the night in capital Brasilia - with the session lasting more than 20 hours amid a number of speeches in favour of and against the trial.

Protesters from both sides flooded streets for rallies around the country with fireworks reportedly let off in the capital when the decision was announced.

Vice president Michel Temer will now take temporary charge - and the 75-year-old could declare the Games officially open during the Opening Ceremony.

Today's verdict is the latest explosive piece of news as Brazilian politics slips into chaos during the Olympic year.

Sixty-eight-year-old Rousseff, who was first elected in 2011, initially faced a vote in Brazil's Lower House on April 17 - which passed in favour of impeaching her with the necessary two-thirds majority.

That saw the matter passed to Senate, but their was disarray on Monday (May 9) when Lower House speaker Waldir Maranhao called for the Lower House vote to be annulled and the process to start again.

He claimed "procedural flaws" but Senate speaker Renan Calheiros declared his decision "illegal" and today's vote in the Upper House went ahead as planned.

It remains to be seen if the current chaos will influence the Olympics and Paralympics, with the Torch Relay currently underway in Brazil.

Protests about the wider economic situation - with Brazil in the midst of recession - and political turmoil have taken place in many major cities but so far the majority of the anger has not been directed at the Games.

Olympic officials have tried to play down the chaotic situation - insisting it will have little impact on the Games themselves.

Her supporters claim that the former Marxist guerrilla fighter is a victim of a right-wing coup d'état.

“This is the saddest day in the history of our young democracy,” said Vanessa Grazziotin, a Communist Party senator.

With numerous politicians in Brazil accused of corruption, some see the process against the President as being more political than legal.

The "Operation Car Wash" corruption inquiry into state oil giants, Petrobras, has been particularly damaging to the country's reputation.

Romario, the famous Brazilian footballer who moved into politics, was one of the senators to back an impeachment trial.

The 50-year-old striker won the World Cup with Brazil in 1994 and an Olympic silver medal in Seoul in 1988.