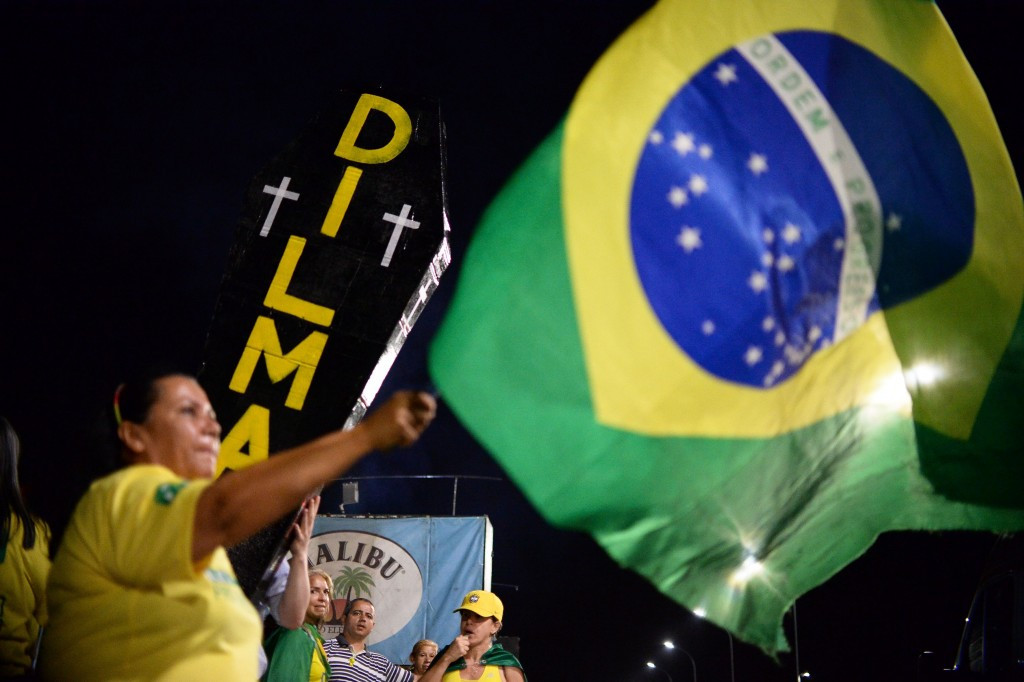 A Congressional Committee voted to press ahead with impeachment proceedings against Brazilian President Dilma Rousseff this evening as political chaos in the host nation continues with less than four months until the Opening Ceremony of this year's Olympic Games here.

Members of the 65-strong Congressional Committee voted 38 to 27 to recommend impeachment over the under-fire leader after she allegedly manipulated Government accounts to hide the country's growing deficit.

The decision was made in frenzied conditions in Brazilia as supporters and opponents of the leader chanted and waved placards outside.

Attorney General Jose Eduardo Cordozo claimed the process was flawed, however, and tantamount to a coup d'état.

"It is absurd to dismiss a President who has not committed crimes, nor stolen a penny," he said.

Although largely symbolic, the decision was viewed as a good indicator of her chances ahead of a full vote of the Lower House of Congress, expected to take place next Sunday or Monday (April 17 or 18).

A total of 342 votes in favour will be enough for a two-third majority to bring about a decisive vote in the Senate.

Opinions are divided over what impact the departure of Rousseff would have on the Olympic and Paralympic Games.

Many claim it would be good for the event as it may bring about a calmer political climate.

There is no guarantee of this, however.

If she is removed, Vice-President Michel Temer, a member of the Brazilian Democratic Movement Party which split from its coalition with Rousseff's Workers' Party last month. would take over, although there are also calls for impeachment proceedings to be taken against him.

It is also possible that protests on either side of the debate would intensify and could engulf the Games, which are generally associated with Rousseff's predecessor Luiz Inácio Lula da Silva, who is also facing corruption allegations.

Rousseff called last week for the Olympics to be used as a way to bring the country together.

"Today, Brazil is facing a climate of bad temper," she said at a ceremony opening the Olympic Aquatics Centre.

"I feel this climate is not interesting for the country when it needs to return to political and economic stability.

"The Olympics is a symbol and an example for Brazil, which shows what people can do when they unite for the good of the Brazilian people."