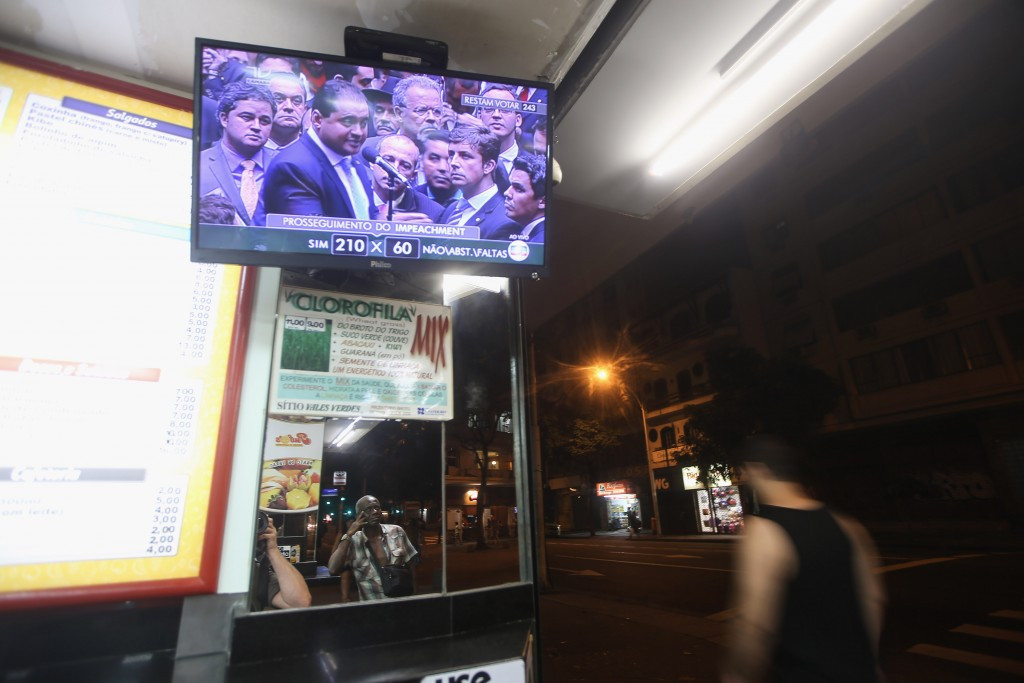 Brazilian President Dilma Rousseff moved one step closer to being removed from office after a motion for her impeachment gained the necessary two-thirds majority in the Lower House of Parliament, with just three-and-a-half months to go until the Opening Ceremony of the Rio 2016 Olympic Games.

Hundreds of thousands of protesters took to the streets of Brazilian cities including Rio de Janeiro both in support and opposition to the under-fire leader as events unfolded live on television.

Rousseff is accused of "fiscal irresponsibility" in relation to allegedly trying to manipulate budget gaps during the 2014 Presidential Election.

Her opponents secured 367 votes in the Lower House, comfortably passing the 342-vote mark needed to send the motion to the Senate.

A total of 167 deputies supported Rousseff, while seven others abstained and two were absent.

This means the vote now passes to the Senate, where a simple majority of 50 per cent will be required to force her to stand down for at least 180 days - so until after the Olympic and Paralympic Games - while a trial takes place.

Olympic officials insist that political changes will have no impact on the Games, beyond who declares the Games officially open during the Opening Ceremony.

It is also likely that a successful impeachment may go some way towards improving the strength of the currency, currently on course to bring Brazil to its worst recession since 1901.

But the continued political chaos certainly does not help the Games in a wider sense, and it is possible that demonstrations could intensify and harden opposition against a sporting event at a time of such unrest.

Around 25,000 protesters from both sides were outside the Congress building during the vote in Brasilia - separated by a two metres high wall stretching for one kilometre.

If, as seems likely, Rousseff does have to step down, the constitution dictates that vice-president Michel Temer will automatically take over.

He is a member of the Brazilian Democratic Movement Party (PMDB) which split from a coalition with Rousseff's Workers Party (PT) last month.

But he is also facing similar impeachment accusations of his own.

Next in line is Eduardo Cunha, the speaker of the Lower House, who instigated the vote against Rousseff.

He is embroiled in several corruption scandals himself.

It is also possible a fresh election could take place at some point later this year, most probably in October following the conclusion of the 180 day period.

Allies of Rousseff, the former marxist guerrilla fighter who has called for the Olympics to unite the population, claim she is a victim of a right-wing coup d'état.

Media conglomerate and Olympics right holders Globo TV are among those accused of involvement in this.

This all comes 15 days before the arrival of the Olympic Torch into Brasilia on May 3.