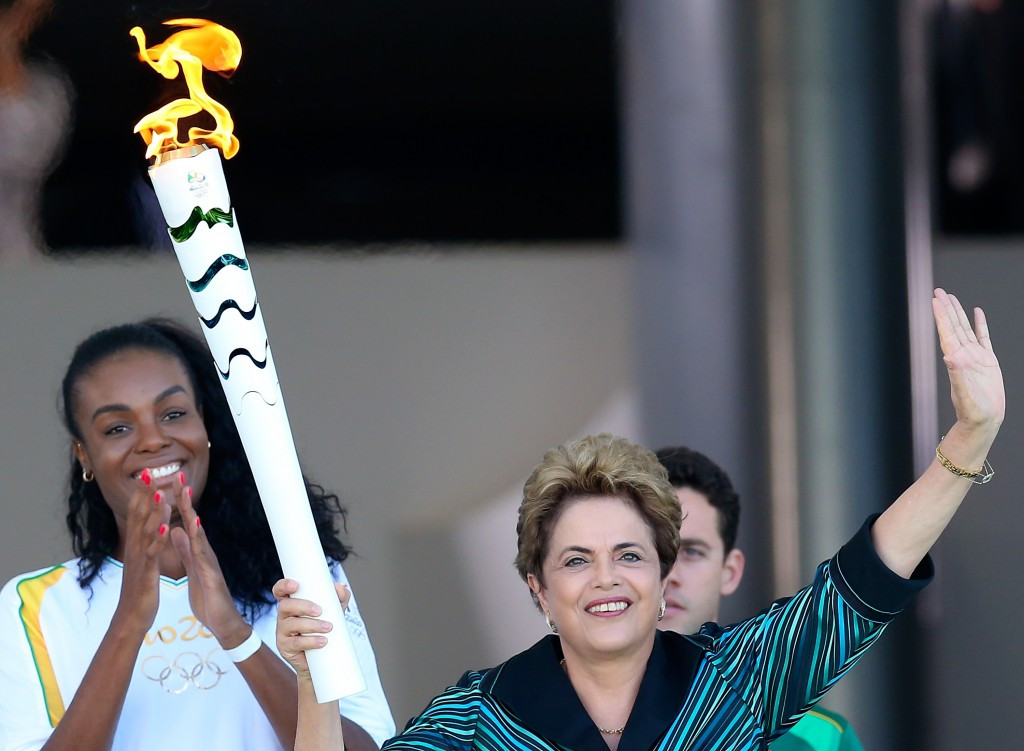 Brazil's Senate will push ahead with the impeachment vote against embattled President Dilma Rousseff tomorrow - after rejecting claims that proceedings should be halted due to flaws in the process.

With the Opening Ceremony of the Rio 2016 Olympics looming large on August 5, chaos gripped Brazilian politics yesterday when Waldir Maranhao, the new speaker of the Lower House, said he had annulled the April 17 vote which called for the impeachment of Rousseff.

That vote gained the necessary two-thirds majority and the matter was due to be passed to the Senate, but Maranhao claimed there had been procedural errors.

Voting members should not have announced publicly their views, he said, while he claimed party leaders were wrong to instruct their members to vote as a block.

Maranhao, who only took over as speaker last week when Eduardo Cunha was suspended by the Supreme Court for allegedly interfering in a corruption investigation, wanted the issue passed back to the Lower House for a fresh vote.

However, Senate speaker Renan Calheiros said that decision was "illegal" amid boos and cheers within Brazil's upper chamber.

This came after the Supreme Court had refused to overturn the annulment.

Tomorrow's vote - which will decide whether to go ahead with a full impeachment trial against Rousseff - will now go ahead as planned, it has been claimed.

A decision in favour would force Rousseff to stand down for at least 180 days - ruling her out of the Olympics and Paralympics.

A Senate Committee has already recommended that this path be chosen but the President has repeatedly denied any wrongdoing.

She is accused of "fiscal irresponsibility" for allegedly trying to manipulate budget gaps during the 2014 election but the former Marxist guerrilla fighter claims she is a victim of a right-wing coup d'état.

If she is forced to step down, vice-president Michel Temer would automatically take over.

It remains to be seen if the current chaos will influence the Olympics and Paralympics, with the Torch Relay currently underway in Brazil.

Protests about the economic situation and political turmoil have taken place in many major cities but so far the majority of the anger has not been directed at the Games.

Olympic officials insist that the farcical situation will have no impact on the Games, beyond who declares them officially open during the Opening Ceremony.