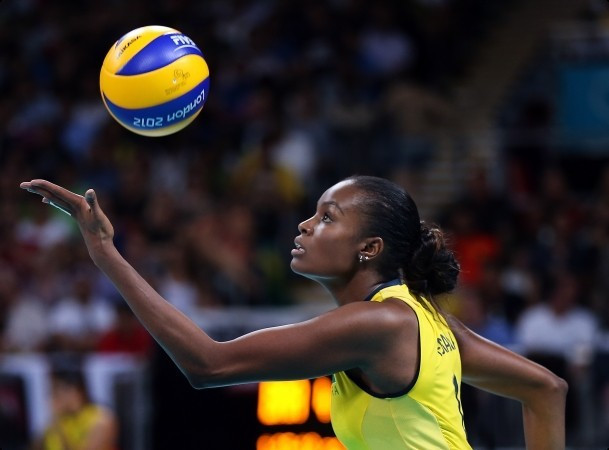 Rio 2016's Olympic Flame is crossing the Atlantic overnight ahead of its arrival here in the Brazilian capital tomorrow morning, where volleyball superstar Fabiana Claudino will become the first official torchbearer.

The Flame, carried in a flashlight after leaving Lausanne this evening, will be carried off the plane by Rio 2016 President Carlos Nuzman at around 6.30am local time.

It will then be transported to the Planalto Presidential Palace, where it will be rekindled by the host nation's under-fire President Dilma Rousseff before being passed to Fabiana to set the relay into motion.

The 31-year-old from Belo Horizonte claimed gold medals at Beijing 2008 and London 2012 and is hoping to lead her country to a golden hatrick at Rio 2016.

She will be followed by an impressive array of other torchbearers from a range of sporting and academic backgrounds.

These include 12-year-old Syrian refugee Hanan Khaled Daqqah Hanan, who moved with her family to São Paulo from a refugee camp in Jordan as part of a humanitarian programme ran by the Brazilian Government, and another volleyball star in two-time Olympic champion Paula Pequeno.

Brazil's first and only female boxing Olympic medallist Adriana Araújo is among other sporting bearers, along with 19-year-old gymnast Ângelo Assumpção and Athens 2004 marathon bronze medallist Vanderlei Cordeiro de Lima, who famously recovered from being grabbed and impeded by a protester when leading earlier in the race.

He was subsequently awarded the Pierre de Coubertin prize for Olympic spirit.

Others in the first 10 bearers are Artur Ávila Cordeiro de Melo, the first Brazilian and Latin American to win the Fields Medal, considered the Nobel prize of mathematics, and Aurilene Vieira de Brito, the headteacher of one of the country's most successful state schools.

Relay action will start at 10am and will extend for more than 118 kilometes.

It will visit major sites in the capital city including Itamaraty Palace, the Federal Senate, the House of Representatives, the Metropolitan Cathedral and the Igrejinha (“Little Church”) in the South Zone.

Modes of transport are expected to include cycling, abseiling and swimming before the day's action ends at the Esplanade of the Ministries, where a pyre will be lit by former volleyball player Leila Barros, who won bronze at the Sydney 2000 Olympic Games.

The Torch Relay is viewed as a key way to raise public support for the Games at a time of economic and political discontent, with Rousseff still locked in the midst of impeachment proceedings.

Others due to attend proceedings tomorrow include a huge delegation from the Pan American Sports Organization, here to attend an Extraordinary General Meeting starting here on Wednesday (May 4).