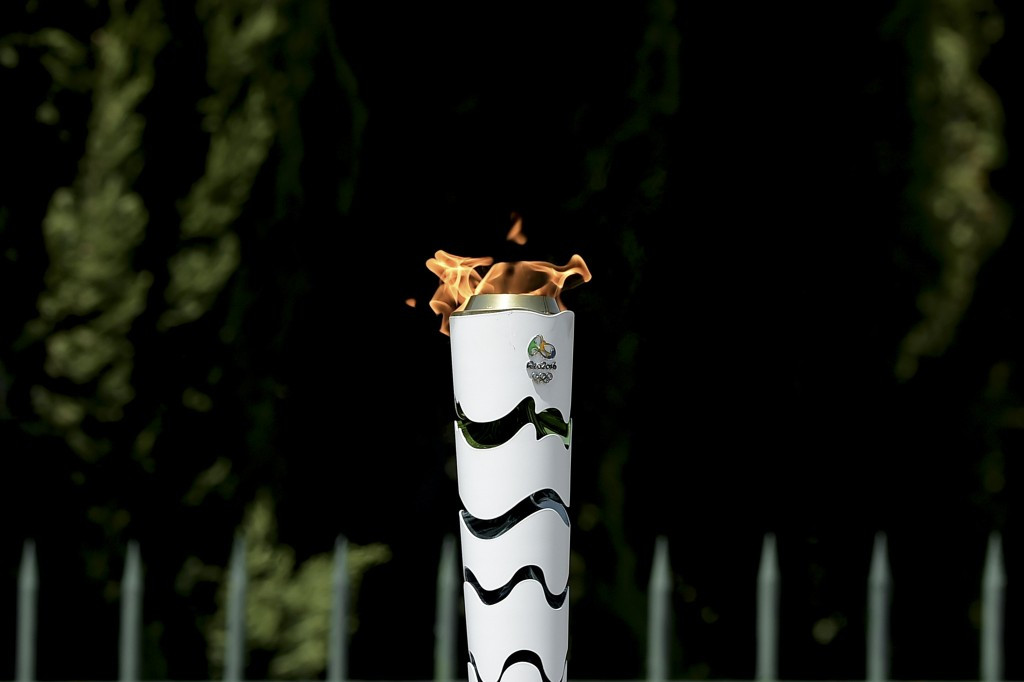 The Olympic flame, currently touring around Greece, is set to burn in Rio de Janeiro later this year at a city centre location rather than at the Maracanã Stadium.

It is a move that could well delight and infuriate the purists in equal measure, but the flame has been lit in two places before at a Summer Games.

In 1952, the crowd in the Helsinki Olympic stadium roared with delight as the great Finnish runner Paavo Nurmi lit a Cauldron on the in field of the arena  during the Opening Ceremony.

The official report described how he ‘’ran swiftly and in fine style.

"He lit the bowl in the arena and then, light footed, bore the Torch onward to the foot of the towerto enable his juniors to speed it to the summit.’’

Waiting at the top was another legendary runner 63-year-old Hannes Kolehmainen who lit the flame.

To make sure of high visibility carbon tetrachloride was added which gave the flame a reddish tinge.

The Opening Ceremony that year was held indoors .

The flame was to be lit by Canadian sporting stars including the man Canadians know simply as "The Great One", ice hockey legend Wayne Gretzky.

Many were surprised when Gretzky later boarded a truck decorated with the Vancouver livery to light a similar Cauldron in down town .

Organised claimed that this would be a "lasting legacy of the 2010 Winter Games" but many spectators were furious to discover that the outdoor Cauldron had been placed behind a chain link wire fence.

It has remained in place and was even lit to celebrate the Olympic Winter Games in Sochi in 2014.

Here too, the Opening Ceremony was held indoors and although the flame passed through the Fisht Stadium, ice hockey goalminder Vladislav Tretyak and figure skating champion Irina Rodnina headed outside to light a huge tower which burned throughout the Games and proved a magnet for visitors to the 2014 Olympic Park.

Twenty years ago the flame for the Centennial Games in Atlanta burned from a tower 35m high that was technically outside the Olympic Stadium.

Even so, it could still clearly be seen inside and was later moved to a downtown location after the Games.

Organisers have generally made sure that the flame can be seen by all approaching the Olympic Stadium but four years ago London 2012 organisers were criticised because the Cauldron was only visible to those visiting the Stadium itself and could not be seen from the Olympic Park.

There were claims that this was in homage to the London 1948 Wembley Cauldron, but this convinced no-one.

Designed by Thomas Heatherwick, the London 2012 Cauldron was undoubtedly distinctive with petals one for every participating country which came together to form the receptacle for the Olympic fire.

It was been lit in the centre field and then repositioned beyond the home straight a few days later.

On hand to supervise the move was London 1948 Torchbearer Austin Playfoot.

When the flame was dismantled, each country was given a petal when the cauldron was dismantled so a part of London’s Cauldron is now in Brazil, awaiting the arrival of the Olympic flame.

In other recent Olympics, the Cauldron has been much prominent.

For Barcelona in 1992 and Sydney in the year 2000, it was high up and at Athens in 2004 it was even visible from outside the far end of the Olympic Stadium through a gap.

At earlier Olympics, mini Cauldrons have burned at satellite sites.

During London 1948, there was even a special Torch Relay to take a flame to the sailing venue in Torbay.

In Amsterdam for the 1928 Games and in 1932 at the Los Angeles Coliseum, the flames were lit by switches.

No Torch Relay then but organisers still got it right in terms of visibility.

The town centre idea has already been used to great effect this year at the Winter Youth Olympic Games in Lillehammer when a small and accessible Cauldron burned at the heart of Sjogg Park in the town centre.

In the current version of the Olympic Charter, clause 54 says simply "The Olympic Games Organising Committee is responsible for bringing the flame to the Olympic Stadium."

In common with all organising committees, Rio 2016 have been obliged to obtain International Olympic Committee (IOC) approval for their idea to host the flame outside the stadium.

The next requires "the contents and details of all scenarios, schedules and programmes of all ceremonies must be submitted to the IOC for its prior approval".

Rio 2016 pokesman Mario Andrada admitted: “We’ve had our share of thoughts before coming to this (decision) but the exact location remains a secret".

Incidentally, organisers of the Greek leg of the 2016 Torch Relay have also taken the message of displaying the flame to heart.

Although members of the public are no longer admitted to see the lighting of the flame in Ancient Olympia, the flame will burn overnight next Tuesday (April 26)  at the Acropolis Museum where it can be seen by all.

The following night it will be formally handed over to Rio 2016.

After a brief stop at the IOC headquarters in Lausanne and the United Nations in Geneva, it finally due to arrive in Brasilia on May 3 for the start of a 95-day journey around the host nation.

There is already feverish speculation on who will light the flame in the Maracanã Stadium and at that "mystery" location.

Pele is sure to be in that equation and Marta, the great women’s player could also figure in the mix.

Brazil’s Los Angeles 1984 800 metres champion Joaquim Cruz has been coaching the United States  Paralympic squad and could be another interesting choice.

Do not discount the volleyballers either.

It is the sport in which Rio 2016 President Carlos Nuzman made his name and double gold medallist Giovane Gavio was the first Brazilian bearer in Ancient Olympia this week at the start of the entire relay.