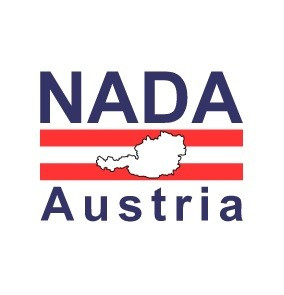 A decision by the World Anti-Doping Agency (WADA) to relax rules on athletes who have tested positive for meldonium sends out a “bad signal” ahead of the Rio 2016 Olympic Games, the Ethics Commission of the Austrian Anti-Doping Agency (AADA) has claimed.

The body have become the latest to criticise  WADA over their handling of the situation surrounding the heart attack drug, only added to their prohibited list on January 1.

Following a spate of cases, involving well-known names including five-time Grand Slam champion Maria Sharapova, WADA were forced to issue a statement of clarification about meldonium.

They admitted that limited data exists on how long the substance remains in the body.

It ruled that if that level of the substance was found in a test before that date, a no fault or negligence verdict could be reached.

A host of sporting bodies have criticised WADA for the way they have dealt with the issue, although President Sir Craig Reedie denied it had caused them any embarrassment when questioned by insidethegames last week.

International Tennis Federation head David Haggerty admitted it “could have been dealt with better”, while International Judo Federation President Marius Vizer also questioned the organisation for their handling of the saga.

“This inconsistency is a setback in efforts to clean, drug-free sport,” the AADA said.

“This decision is unfair on athletes who do not dope, and [those who] abide by the rules in the spirit of sport, [have been] snubbed.”

The organisation went on to blast WADA for doing “a disservice to the anti-doping work” while claiming it had sent out a poor message with the Olympic Games looming large on the horizon.

Belarus' double world champion Andrei Rybakov was the most recent beneficiary of the confusion about meldonium as he was granted special dispensation to compete at this week's Asian Weightlifting Championships despite testing positive for the Latvian-based substance.

A number of athletes have also had their bans lifted, including Olympic short track speed skating champion Semion Elistratov of Russia and team-mate Pavel Kulizhnikov, who served a two-year doping suspension back in 2014.