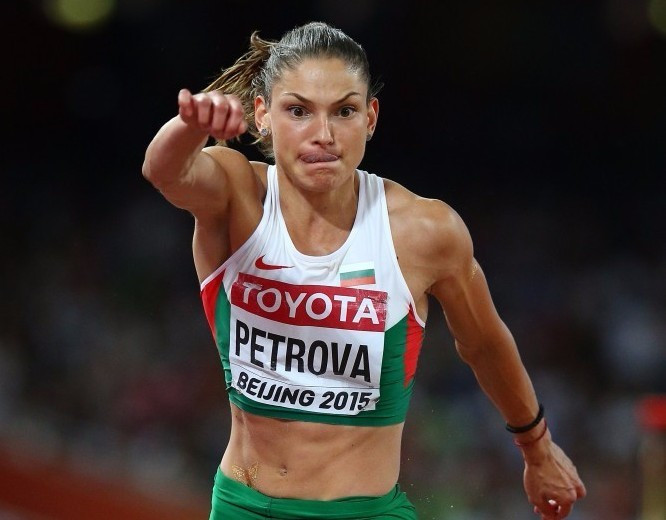 European indoor triple jump silver medallist Gabriela Petrova has had her provisional suspension for a positive test for meldonium lifted by the International Association of Athletics Federations (IAAF).

The Bulgarian failed an out-of-competition test on February 6, having claimed to have begun taking the heart-attack drug, only added to the World Anti-Doping Agency (WADA) prohibited list on January 1, towards the end of last year.

Her manager Venitsa Atanasova claimed her athlete had then stopped taking it as soon as they were given notification in October that it would become a banned substance.

The 23-year-old, Bulgaria’s Athlete of the Year for 2015, has now had her suspension lifted after WADA were forced to clarify the situation surrounding the drug,

This led to huge criticism and suggestions they had bungled the process, something which was denied during the SportAccord Convention in Lausanne this week by WADA President Sir Craig Reedie.

“On the basis of Wada’s notice issued on 11 April 2016 with respect to meldonium findings and the specifics of your case, the provisional suspension from international competitions imposed on 31 March is lifted with immediate effect,” the IAAF wrote in a letter to Petrova, according to Reuters.

Petrova the European Under-23 champion in 2013, had previously expressed her hopes of being able to compete at this summer’s Olympic Games in Rio de Janeiro.

Should the Bulgaria avoid punishment, she will expect be in contention for an Olympic medal at Rio 2016 having finished fourth at the IAAF World Championships in Beijing last year and won the silver at the European Indoor Championships in Prague.

The Russian Anti-Doping Agency, which remains non-compliant from the WADA code, announced earlier this week that they have decided not to disqualify seven other athletes who also registered positive tests for meldonium.

Manufacturers of a leading meldonium brand claimed earlier this week that the uncertainty surrounding how long it stays in the human body mean it should be removed from the banned list next year.

It follows Latvia’s Academy of Sciences Ivars Kalvins claiming WADA could have to take the substance off the list as early as the conclusion of this year’s Olympics as they could face legal action due to their perceived lack of research on the drug.