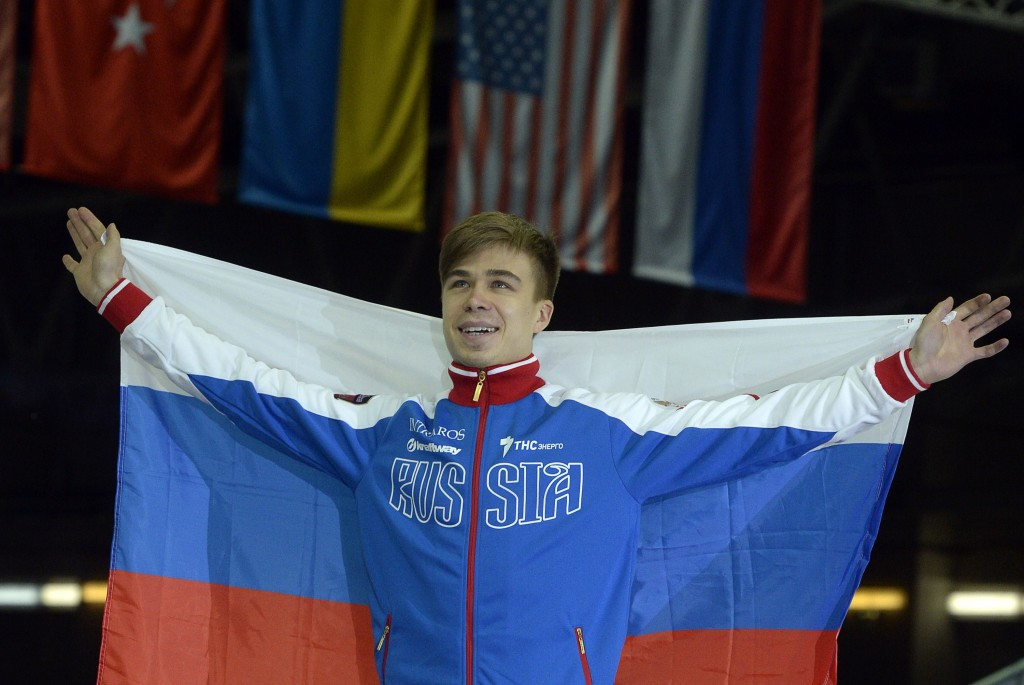 Olympic short track speed skating champion Semion Elistratov of Russia and team-mate Pavel Kulizhnikov have had their suspensions for testing positive for recently banned substance meldonium momentarily lifted by the International Skating Union (ISU), it has been reported.

The pair, along with Yekaterina Konstantinova, who is also a speed skater, failed drugs tests and were given provisional bans by the ISU pending an investigation.

The probes into the trio have been stopped and they will also be allowed to keep their medals and titles, Russian Skating Union President Alexei Kravtsov, according to news agency TASS.

They have now had their suspensions halted after the World Anti-Doping Agency (WADA) were forced to clarify the situation surrounding the drug, which was added to the prohibited list on January 1.

This led to huge criticism and suggestions they had bungled the process, something denied here during the SportAccord Convention by WADA President Sir Craig Reedie.

He had tested positive for the stimulant methylhexanamine at the 2012 World Junior Championships in Obihiro in Japan, where he won gold medals in the 1,000 metres event as a 17-year-old.

The news means the 22-year-old could now avoid a life ban as another suspension would represent a second offence.

“We have received an official letter from the ISU today stating that their suspension was scrapped as of today and an investigation into their alleged violation of anti-doping regulations was stopped," Kravtsov told TASS.

"Therefore, we are not planning to strip them of their medals and titles."

The Russian Anti-Doping Agency, which remains non-compliant from the WADA code, have also announced they have decided not to disqualify seven other athletes who also registered positive tests for meldonium, which was thrust into the limelight after five-time Grand Slam champion Maria Sharapova revealed she had tested positive for the substance last month.

The decision was made because RUSADA found no clear evidence of negligence or guilt.

Manufacturers of a leading meldonium brand claimed earlier this week that the uncertainty surrounding how long it stays in the human body mean it should be removed from the banned list next year.

It follows Latvia’s Academy of Sciences Ivars Kalvins suggesting WADA could have to take the substance off the list as early as the conclusion of this year’s Olympics as they could face legal action due to their perceived lack of research on the drug.