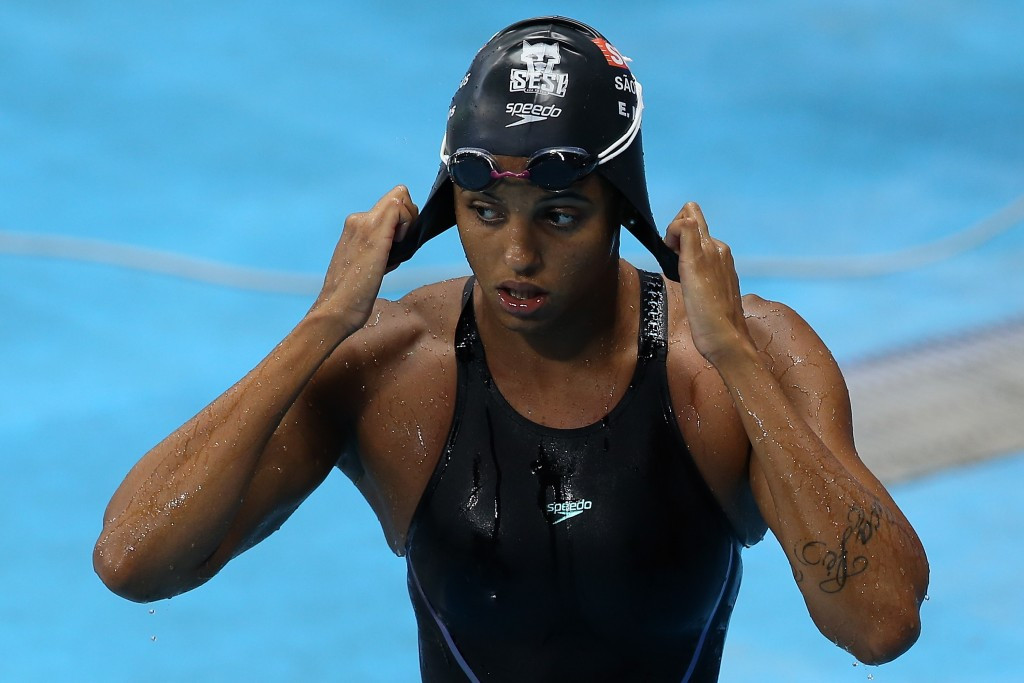 Etiene Medeiros missed out on lowering her Brazilian national record in the women’s 100 metres backstroke on the second day of the Rio 2016 test event in the Olympic Aquatics Stadium.

The 24-year-old, who won Pan American Games gold over the distance at Toronto 2015, achieved a time of 1min 0.11sec in the Barra de Tijuca Olympic Park venue to earn a narrow victory.

Despite earning the victory Medeiros proved unable to dip below her national record of 59.61sec.

Fellow Brazilian Guilherme Guido also failed to lower his national record time of 53.09 in the men’s 100m backstroke event, as he clocked 53.25.

He led home team-mates Henrique Rodrigues and Vitor Guaraldo, who finished in times of 54.41 and 54.63 respectively.

After the two near misses, a national record did fall when Manuella Lyrio clocked a time of 4:09.48 to win the women’s 400m freestyle, although her time was just 0.40 behind the qualifying standard required to guarantee a place at Rio 2016.

Listopadova finished as the runner-up for the second time of the day after she finished in a time of 4:14.02.

Brazil’s Viviane Eichelberger touched the wall in 4:15.58 to finish in third position.

The final home triumph of the day was secured by Joao de Lucca, as the Brazilian clocked 1:47.65 to win the men’s 200m freestyle.

Argentina’s Federico Grabich and Brazil’s Nicolas Oliveira completed the top three, after finishing in 1:47.92 and 1:48.17 respectively.

There was success for Argentina in the women’s 100m breaststroke event with Macarena Ceballos recording a time of 1:08.03 to narrowly beat Brazil’s Jhennifer Alves, who finished in 1:08.31.

Julia Sebastian claimed third place, with the Brazilian completing the distance in a time of 1:08.85.