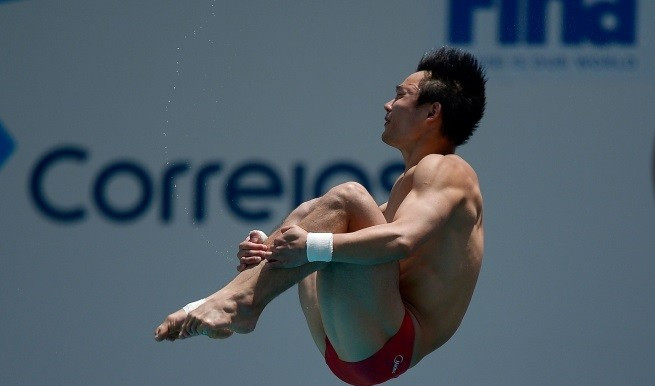 Bo, a three-time individual world champion who claimed an Olympic silver medal at London 2012, produced a series of superb dives in the Maria Lenk Aquatic Center to win with 557.75 points.

“Diving is a sport in which your main opponent is yourself, so I and Aisen are part of a team and we don’t hide nothing from each other," said the winner.

"We only train a lot and always look to improve.

"Today the semi-final was very close to the final.

"I felt a little bit tired and I noticed that I did some mistakes, but I like my result very much."

The performance earned America a second quota place at Rio 2016.

The World Cup doubled as a Rio 2016 test event as well as a qualifier, with 88 spots attributed across all eight events.

“The athletes were satisfied and this is the most important to us," said FINA executive director Cornel Marculescu.

"Test events are made for this, to test structure, organisation and services.

"Everyone dived and tried an outdoor arena and the climatic conditions.

"The Maria Lenk Aquatic Center is a great arena, just needs some adjustments.

"The issue of electricity is now completely solved.

"Making a comparison with the notes of diving I would give 8.5 to the event.”