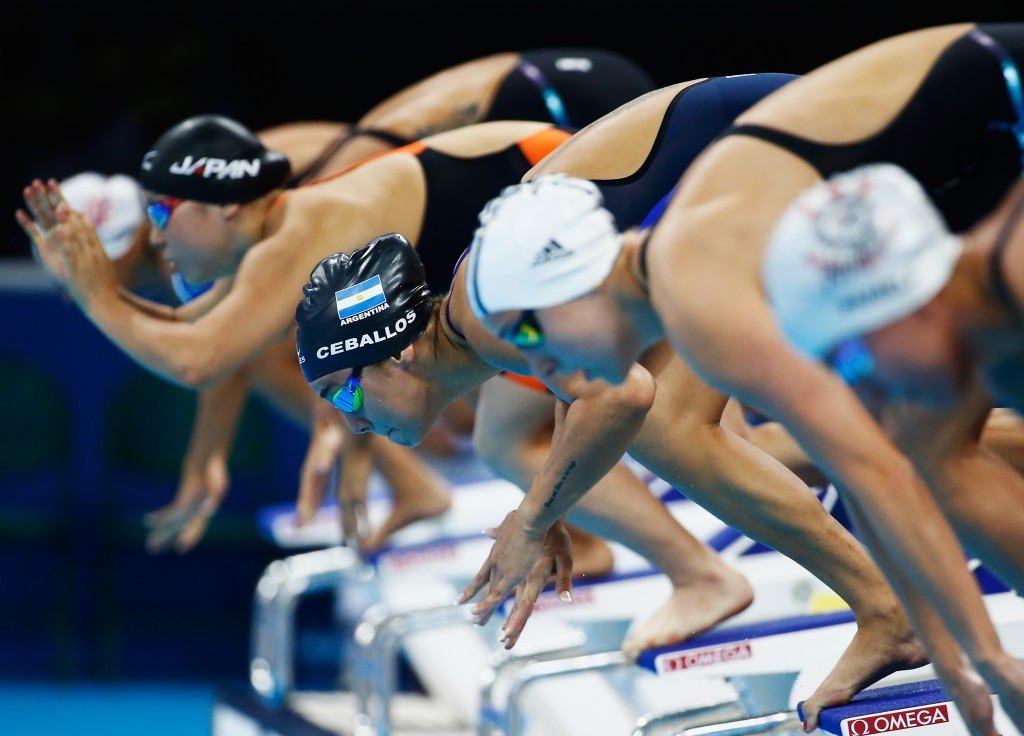 João Gomes Junior produced the second fastest 100 metres breaststroke time of the year at the Rio 2016 test event in the Olympic Aquatics Stadium, to secure his place on the Brazilian team for the Games.

The 30-year-old posted a time of 59.10sec in the final at the Barra de Tijuca Olympic Park venue, to see off the challenge of his compatriot Felipe França, who finished in 59.36.

However Junior, who served a six-month doping ban until June 3 after a positive test for hydrochlorothiazide, had clocked a faster time of 59.06 in qualifying for the final.

His mark has only been bettered by Adam Peaty so far this year, with the Briton having previously clocked a time of 58.43.

Both Junior and França assured their places in the Brazilian Olympic team following their top two finishes.

Joanna Maranhão secured her participation at a fourth consecutive Games after the Brazilian finished in 4min 38.66sec in the women’s 400m medley.

Brandonn Almeida was triumphant in the men’s 400m medley, with the Brazilian clocking 4:14.63 to convincingly win the event.

The podium was completed by Japan’s Kakeru Murata and China’s Yizhe Wang in times of 4:20.55 and 4:20.86 respectively.

Brazil’s Daiene Dias and Daynara de Paula achieved times of 58.07 and 58.38 respectively to finish in the top two in the women’s 100m butterfly to earn Olympic spots.

Slovakia’s Katarina Listopadova finished on the podium in a time of 58.71.

The final event of the opening day of the test event saw Brazil’s Miguel Valente claim 400m freestyle gold in 3:51.62, with team-mates Giovanny Lima and Luiz Altamir finishing in 3:54.61 and 3:55.00 respectively.