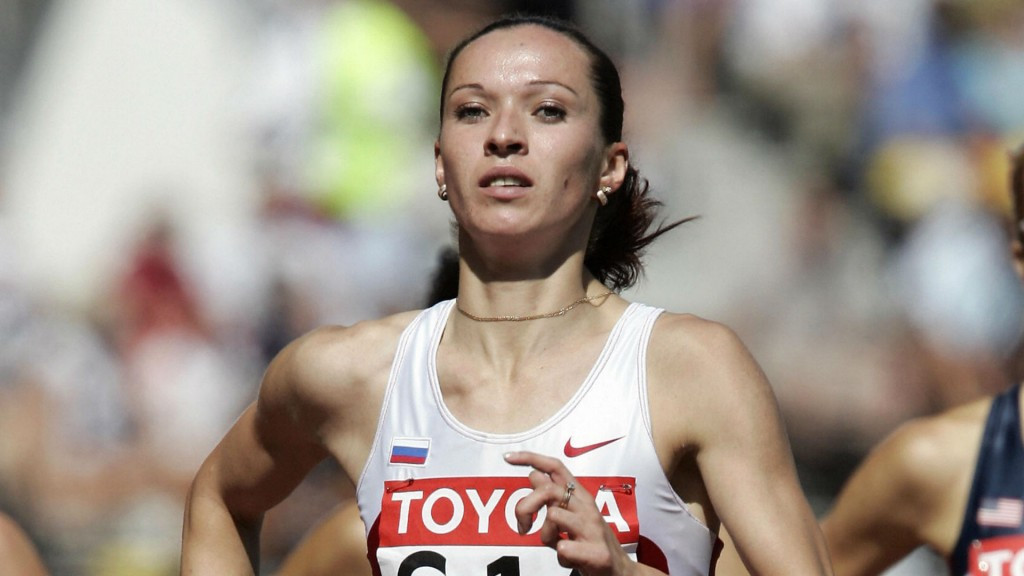 Russia's Tatyana Andrianova will be allowed to keep the bronze medal she won in the 800 metres at the 2005 International Association of Athletics Federations (IAAF) World Championships, even though she tested positive for banned performance-enhancing drugs when her sample from the event was re-analysed, the Court of Arbitration for Sport (CAS) ruled today.

CAS issued the judgement because the decision to disqualify Andrianova was taken in 2015, 10 years after the event when the rules at the time meant the statute of limitations was eight.

She has also had a two-year ban lifted, although at the age of 36 it is believed she has retired.

The IAAF had announced last December she had tested positive for banned anabolic steroid stanozolol from a sample taken at the event.

CAS has now ruled that the IAAF and All-Russian Athletics Federation (ARAF) did not have the power to take any of these actions.

"The Sole Arbitrator found that the IAAF Anti-Doping Rules (ADR) in force between 9 August 2005 and 31 December 2014 required the ARAF to bring any anti-doping rule violation charges against the Athlete within 8 years from the date of the sample collection (i.e. 9 August 2005)," CAS said in a statement.

"However, the Sole Arbitrator found that ARAF erroneously opened disciplinary proceedings against the Athlete in August 2015 - more than 8 years after her sample collection – and that for this reason the appeal had to be  upheld and the ARAF ADC decision annulled.

It means that Mozambique's Maria Mutola, who finished fourth in the race won by Cuba's Zulia Calatayud ahead of Morocco's Hasna Benhassi, will not be awarded the bronze medal.

The decision is a major embarrassment for the IAAF, who believed it was able to retest samples from 2005 because of changes on the statute of limitations by the World Anti-Doping Agency increased to 10 years in 2015.

Last August the IAAF had announced that disciplinary action against 28 further athletes had commenced as a result of the retesting.

WADA, however, admitted last week that the previous eight-year limit should have been applied to those samples and no action will be taken against these athletes, believed to include several medal winners.

The incorrect interpretation of the rule change could also allow another Russian, hammer thrower Tatyana Beloborodova, to retain the Olympic gold medal at London 2012.

She had been provisionally suspended by the IAAF last week for what Russian media reports believe to be from the re-testing of a 2005 drug sample.

The 32-year-old, known as Tatyana Lysenko until 2014, served a two-year drugs ban from 2007 to 2009 after she tested positive for steroid 6α-methylandrostenediol.

If the IAAF had been able to enforce a second drugs ban backdated to Helsinki, she would have been suspended for life and stripped of her Olympic gold medal.

The IAAF stored the samples from the 2005 World Championships in Helsinki and re-tested them using the latest technology.

In March 2013 they announced that five medal winners from the Championships had tested positive following re-analysis and would be stripped of their medals.

They included three gold medallists - Belorussians Nadzeya Ostapchuk and Ivan Tsikhan in the women's and men's shot put and hammer respectively and Olga Kuzenkova in the women's hammer.

Russia's Tatyana Kotova and Belarussian Vadim Devyatovskiy were stripped of silver medals they had won in the women's long jump and men's hammer respectively.

These disqualifications should not be affected by today's decision by CAS.

Last week, however, CAS had ruled that a life-time ban imposed by the IAAF on Devyatovskiy should be lifted.

Embarrassingly for IAAF President Sebastian Coe, the decision was announced while he was visiting Minsk as the guest of European Athletics, organisers of a seminar there.

Coe was forced to sit close to Devyatovskiy at an event to officially open the seminar as the 39-year-old is now President of the Belarus Athletic Federation.

The IAAF issued a brief statement following the decision to uphold Andrianova's appeal.

"In 2015 the IAAF undertook a second retesting of doping samples from the 2005 World Championships on the understanding they fell within the 10 year statute of limitations under the current World Anti-Doping Code," a spokesman told insidethegames.

"While disappointed in this ruling, the IAAF acknowledges the judgement of the Court of Arbitration for Sport and will continue our fight against drugs in our sport.