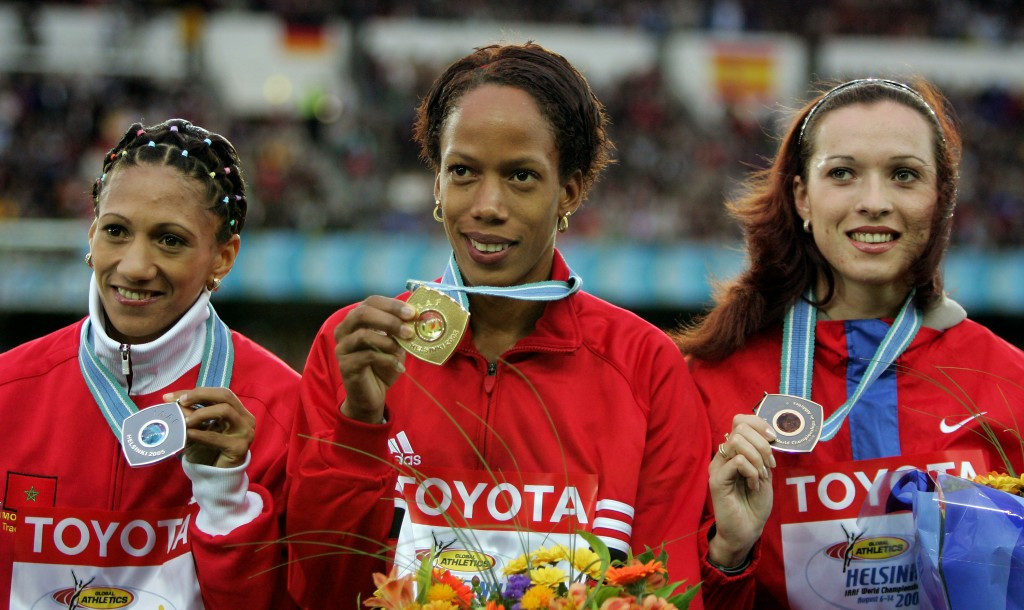 Russia's Tatyana Andrianova has been stripped of the 800 metres bronze medal she won at the International Association of Athletics Federations (IAAF) World Championships in Helsinki in 2005.

The IAAF confirmed today she had tested positive for banned anabolic steroid stanozolol from a sample taken at the event.

It is another embarrassment for the All-Russia Athletics Federation, who are currently suspended by the IAAF following the publication last month of the World Anti-Doping Agency Independent Commission which found evidence of state-support doping.

The suspension, however, is mainly symbolic as Andrianova, who turns 36 on Thursday (December), has not competed internationally since 2011.

The IAAF stored the samples from the Championships in Helsinki and have been re-resting them using the latest technology.

In March 2013 they announced that five medal winners from the Championships had tested positive following re-analysis and would be stripped of their medals.

They included three gold medallists - Belarussians Nadzeya Ostapchuk and Ivan Tsikhan in the women's and men's shot put and hammer respectively and Olga Kuzenkova in the women's hammer.

Russia's Tatyana Kotova and Belarussian Vadim Devyatovskiy were stripped of silver medals they had won in the women's long jump and men's hammer respectively.

In  August the IAAF announced that disciplinary action against 28 further athletes had commenced as a result of the retesting.

It is not known whether Andrianova is among that group of athletes.

“In 2005, the IAAF began a long-term storage and retesting strategy concerning IAAF Championships with the storage of anti-doping samples from that year’s IAAF World Championships in Helsinki," a spokesman for the IAAF said today.

"This strategy first revealed six adverse findings from Helsinki which were announced in March 2013.

“Starting in April 2015, the IAAF made a further reanalysis of Helsinki 2005 and Osaka 2007 samples using the latest technology available in the field of anti-doping and taking advantage of the new World Anti-Doping Code’s provision extending from eight to 10 years the period during which samples can be tested.

"On 11 August 2015, the IAAF announced that this reanalysis had confirmed 28 athletes with 32 adverse findings.”

It is expected that Andrianova's medal will be reallocated to Mozambique's Maria Mutola, who finished fourth in the race won by Cuba's Zulia Calatayud ahead of Morocco's Hasna Benhassi.

Andrianova's best performance in the Olympics was finishing fifth at Athens 2004 in a race won by Britain's Dame Kelly Holmes.

She finished eighth at Beijing 2008.