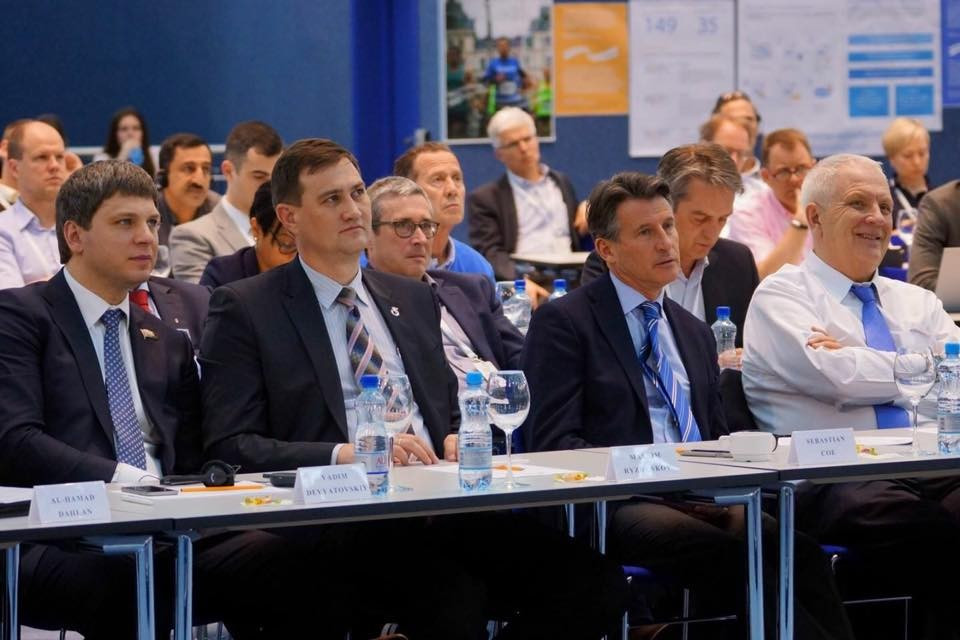 Belarus' Olympic hammer silver medallist Vadim Devyatovskiy has been cleared of serving a lifetime doping ban from all sports after a successful appeal to the Court of Arbitration for Sport (CAS).

Embarrassingly for International Association of Athletics Federation (IAAF) President Sebastian Coe, the decision was announced while he was visiting Minsk as the guest of European Athletics, organisers of a seminar there.

Devyatovskiy has been involved in several doping scandals during his career.

Devyatovskiy served a two year ban from the sport between 2000 and 2002 for a failed drugs tests before returning to finish fifth at the Athens 2004 Olympic Games, a performance upgraded to fourth when Hungarian champion Adrián Annus was disqualified for doping.

An International Olympic Committee panel chaired by current President, and then vice-president, Thomas Bach, found Devyatovskiy guilty of taking anabolic steroids in December 2008 and stripped him of his gold medal.

This decision was reversed, however, following a successful appeal to CAS in 2010, and his medal was returned.

In 2012, Devyatovskiy's team-mate Ivan Tsikhan was stripped of the Olympic silver medal he had won at Athens 2004 following a re-analysis of samples taken at the time.

it left Devyatovskiy in line to be promoted to bronze but no reallocation has ever taken place.

A fresh case was opened against Tsikhan and Devyatovskiy in 2013 when a frozen sample registered at the 2005 World Championships came back positive following retests.

Tsikhan was stripped of gold and Devyatovskiy of silver, with a lifetime ban likely due to a second separate failure.

Following a three-year legal tussle, during which Devyatovskiy was elected President of the Belarus athletics body despite being provisionally suspended, Lausanne-based CAS has come down on the athlete's side after they ruled against the World Anti-Doping Agency (WADA).

"WADA felt there were good grounds for appealing against the decision of the Belarus Federation and the IAAF fully supported its doing so," a spokesperson for the IAAF told insidethegames.

"The IAAF notes the decision of the CAS Panel to exonerate Mr Vadim Devyatovskiy and respects the decision as being final and binding."

No further information has been provided so far by either the IAAF, WADA or CAS, including over whether he could now be returned his 2005 World Championship medal.

Lukashenko, an authoritarian figure labelled by some as the "last dictator in Europe", is also President of the National Olympic Committee of the Republic of Belarus.

Devyatovskiy is a close ally of Lukashenko, who appointed him vice-chairman of the Standing Commission of the House of Representatives on Health, Physical Culture, Family and Youth Affairs.

Belarus has a terrible doping record in athletics, with shot putter Nadzeya Ostapchuk having been stripped of gold medals won at the London 2012 Olympics and 2005 World Championships for separate failures.

The Eastern European country is one of five countries - along with Ethiopia, Morocco, Kenya and Ukraine - in which their anti-doping programmes are being monitored by the IAAF due to concerns, it was announced last month.

European Athletics Association President Svein Arne Hansen, present during Coe's visit, wrote on Twitter that doping was the main topic during the meeting in Minsk, with Lukashenko reportedly claiming that eradicating the problem was his "number one priority".

Hansen said this in response to a question from Lynsey Sharp, the British 800 metre runner retrospectively awarded the 2012 European title after the initial gold medallist Yelena Arzhakova of Russia was disqualified for doping.

''The development of athletics in the country, and the construction of a robust national anti-doping programme to build trust in competition were key topics in their discussions,'' added the IAAF in a statement following the meeting.

“We discussed the possibility of holding athletic events in Belarus with the Belarusian head of state some time ago," the Briton was quoted as saying by the state-owned BelTA news agency.

"As IAAF President, I will be working with my colleagues from the European Athletic Association to assist Belarus in the organisation of such events.

“We appreciate Belarus' eagerness to host European and world-level events."