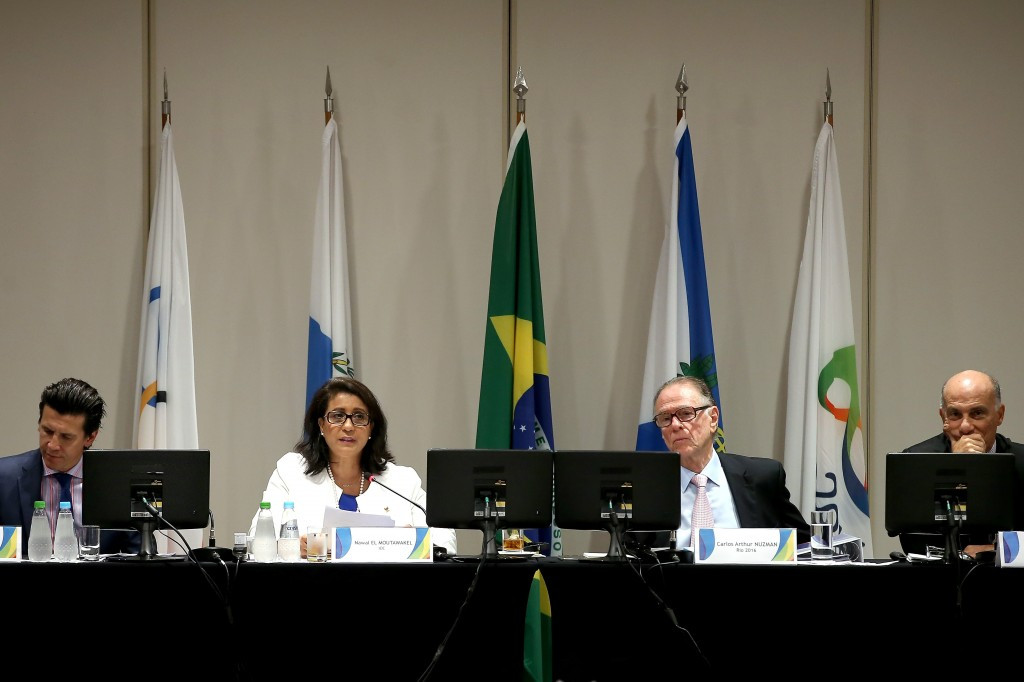 International Olympic Committee (IOC) Coordination Commission chair Nawal El Moutawakel has delivered a message of cautious praise following their final visit ahead of the Games, warning how "thousands of details" still need to be resolved.

It comes at the end of a three-day visit during which the final construction of venues and the impact of the ongoing Brazilian political chaos on the Games appeared the most pressing issues.

El Moutawakel particularly praised good construction progress at all the venues since the last IOC visit as well as how 33 test events have been completed successfully.

This led to "lots of positive feedback from athletes and International Federations", she claimed.

“The last stretch is always the hardest," concluded the Moroccan.

"During the operational phase that we are entering now, there are thousands of details still to manage, and their timely resolution will make the difference between average Games and great Games.

"The Rio 2016 team is ready to rise to this challenge and deliver Olympic and Paralympic Games that will reflect Brazilians’ warmth, hospitality and passion for sports.

"We believe that Rio 2016 will make the host nation proud."

Two venues over which concerns remain are the Rio Olympic Velodrome and the Estádio Olímpico João Havelange athletics stadium.

Half of the track at the velodrome is now installed, officials said, with the IOC having been told that it will be completed well before the June 30 deadline.

Construction of the athletics track has already begun, and is expected to be completed well before next month's test event, doubling as the Ibero-American Championships, scheduled for May 14 to 16.

IOC executive director Christophe Dubi, speaking alongside El Moutawakel, conceded that there is much more work to be done, with overlay work still to be undertaken which is not included in the 98 per cent completion figure issued by municipal authorities.

insidethegames was told that one concern of the Coordination Commission relates to a lack of experience among the workforce and other personnel involved in the Games, with English language ability still relatively low.

But Dubi claimed they feel "very comfortable from an operating standpoint" and have "no specific concerns".

Other members of the IOC inspection panel were similarly optimistic, with one saying that if "we manage to pull this one off, it will be among our greatest achievements".

A similarly triumphant tone was provided by Rio Mayor Eduardo Paes, who insisted how Rio is continuing to prove its doubters wrong, meeting deadlines despite worries and criticism.

Others are far less optimistic, however, and El Moutawakel was particularly questioned following her claim, based on a survey, that 70 per cent of the local population still supports the Games.

This comes following a Congressional Committee decision on Monday (April 11) to press ahead with impeachment proceedings against Brazilian President Dilma Rousseff, who is accused of manipulating budget accounts in 2014 to boost her re-election prospects.

A vote will be made by the lower house of Congress on Sunday (April 17), where a two-thirds majority would send Rousseff to a full impeachment trial in the Senate.

Two of her potential replacements are also linked to corruption allegations.

Officials claim this has no impact on the Olympic Games, other than who declares them officially open at the Opening Ceremony.

"The IOC is an apolitical and non-partisan organisation," claimed El Moutawakel.

"We are going ahead with our work despite the political and economic environment, which is not impacting the Games.

"Everything is being delivered on time.

"We are moving forward with the operation of the Games, and we await the result [of the vote] on Sunday."

This appears broadly true for the time being, although it is possible unrest and instability could ultimately engulf the Games as millions flood onto the streets both in support of, and in opposition to, Rousseff.

At present, most Brazilians seem apathetic towards Rio 2016 rather than strongly leaning either way, although it is hoped that the arrival of the Torch Relay early next month will provide a boost.