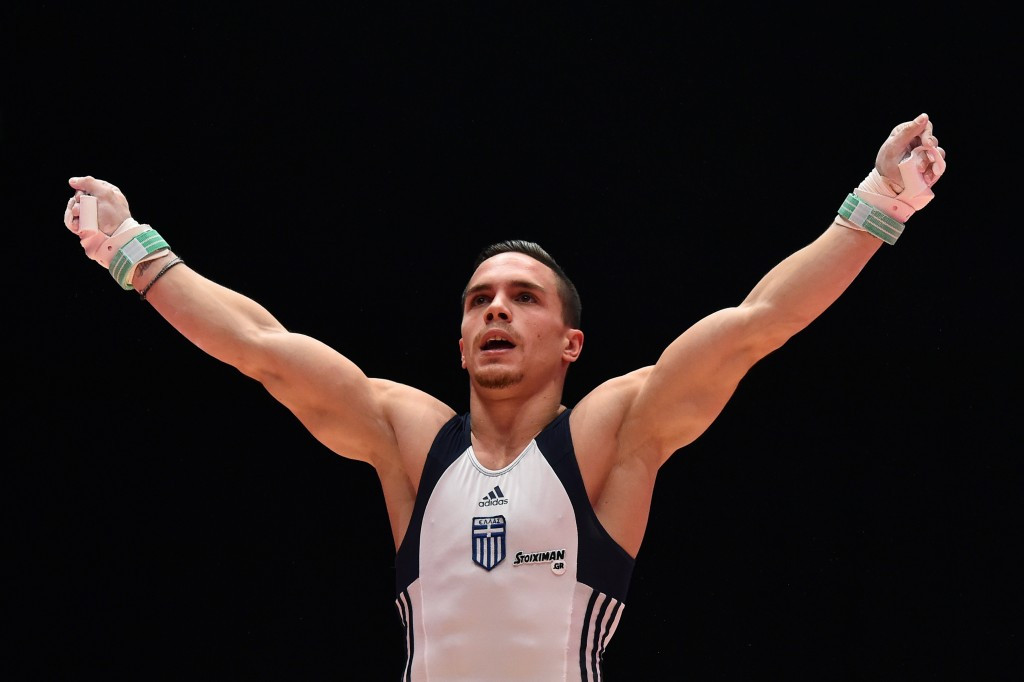 World champion gymnast Eleftherios Petrounias of Greece has been chosen as the first Torchbearer for the Relay ahead of this year's Olympic Games in Rio de Janeiro.

The 25-year-old will receive the flame from Greek actress Katarina Lehou, in her role as High Priestess of the Goddess Hera, at the stadium in Ancient Olympia on April 21.

Petrounias is the first from his sport to start an Olympic Torch Relay, but in 2008, fellow gymnast Li Ning of China, a three-time Olympic gold medallist, lit the cauldron in spectacular fashion to launch Beijing 2008.

The Greek star, winner of the gold medal in the rings at the 2015 World Championship in Glasgow and at the inaugural European Games in Baku last year, is set to make his own Olympic debut in Rio.

He will come into this summer's event in the Brazilian city as one of the favourites for Olympic gold in his preferred rings discipline.

As tradition dictates, Petrounias will take pause briefly with the flame at the monument in salute to Baron Pierre de Coubertin, the Frenchman who revived the Olympics and is considered the father of the modern Games.

Petrounias will hand the flame to two-time Olympic champion and four-time volleyball Olympian Giovane Gávio, the first Brazilian in the 2016 Torch Relay.

Gávio will have happy memories of his previous time in Greece as he won the second of his Olympic gold medals at Athens 2004 and he will also be the second Brazilian volleyball player to carry the flame in Olympia.

Rio 2016 President Carlos Nuzman was a Torchbearer along the same stretch of road in 2012.

He will be present along with International Olympic Committee President Thomas Bach at the lighting ceremony.

Organisers revealed last month that the Olympic flame will visit Zakynthos, Corfu and the historic town of Marathon as part of a Greek odyssey before it is entrusted to Rio 2016.

The relay to Rio also marks 80 years since runners carried a flame by hand from Olympia to Berlin for the 1936 Games and officials are encouraging as many Greeks as possible to turn out to support the flame and mark the anniversary.