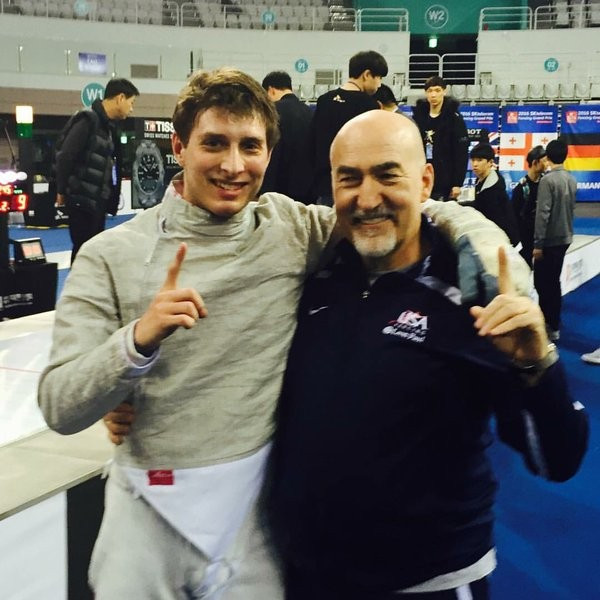 Eli Dershwitz of the United States sealed qualification for this year's Olympic Games in Rio de Janeiro with a gold medal in the men’s sabre at the International Fencing Federation (FIE) Grand Prix at the SK Handball Gymnasium in Seoul.

The 20-year-old, winner of the Pan American Games title in  Toronto last year, cruised to a confident 15-9 victory over Iran's Mojtaba Abedini in the final.

The American had earlier overcome South Korea's 2014 world silver medallist Bongil Gu in the quarter-finals before going on to record a 15-10 success against Russia’s Nikolay Kovalev.

The Russian, along with Diego Occhiuzzi of Italy, ended the event in the South Korean capital on a high by taking home the bronze medal.

Fencing events at this summer’s Olympic Games in the Brazilian city will be held at the Carioca Arena 3 in Barra de Tijuca.

In the women’s event, Russian Yana Egorian cemented her status as one of the favourites for the gold medal at Rio 2016 by topping the podium as she beat South Korea’s Jiyeon Seo.

Egorian, who had already assured herself of an Olympic spot, demonstrated her lightning speed on the way to a commanding 15-10 triumph to secure her second Grand Prix gold medal.

Sofya Velikaya made sure of another medal for Russia as she picked up bronze, with the other in the women’s competition going to Vassiliki Vougiouka of Greece.

A Russian fencer was guaranteed to compete for gold as Velikaya took on Egorian in the last four and it was the 2010 Summer Youth Olympic Games champion who got the better of her team-mate with a 15-12 win.