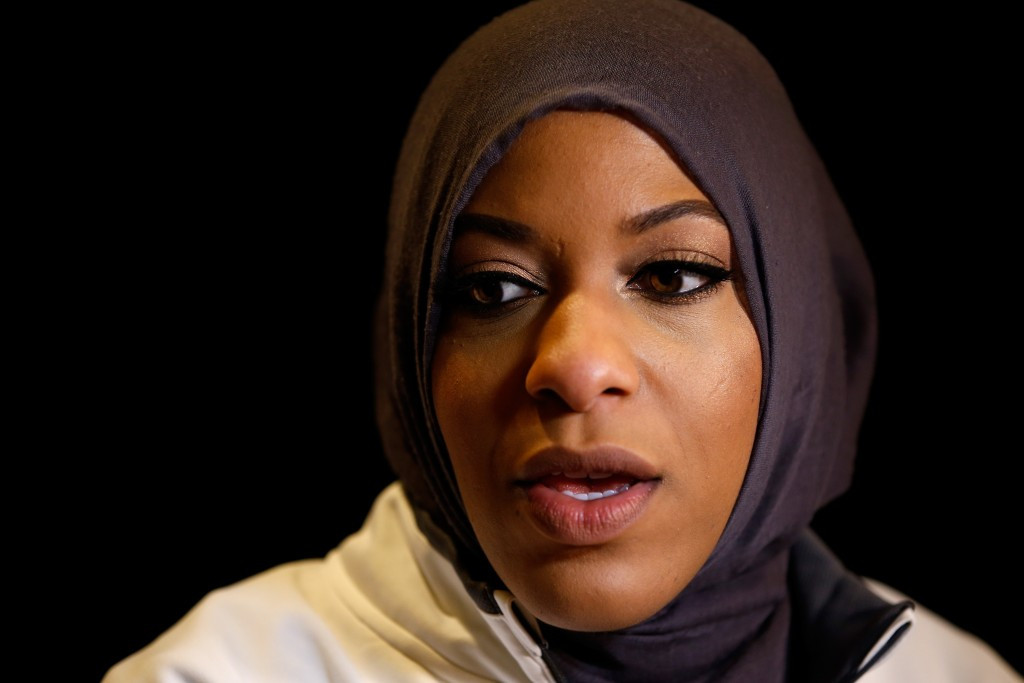 Organisers of the South by Southwest (SXSW) Interactive festival have caused controversy after American fencer Ibtihaj Muhammad was asked to remove her religious headwear while trying to collect her photo identification at the event in Austin, Texas.

Muhammad is set to become the first athlete to wear a hijab at the Olympic Games as she qualified for the fencing competition at Rio 2016 at the Fencing World Cup event in Athens in January.

The 30-year-old, part of the American team which won team sabre gold at the World Fencing Championships in Kazan in 2014, was reportedly asked to take off her hijab, a headscarf worn by Muslim women, by a volunteer at the festival.

This came despite Muhammad, who was a speaker at the event, attempting to explain the significance of the garment.

“I was just asked to remove my hijab at SXSW Registration for my ID badge,” she tweeted.

Muhammad was then given the wrong identification badge to enter the event, causing further embarrassment for the four-time World Championships bronze medallist.

She was eventually allowed in to the event wearing her hijab.

“Someone asking me to remove my hijab isn’t out of the norm for me,” she said during her speaking session.

“Do I hope it changes soon?

I was just asked to remove my hijab at SXSW Registration for my ID badge.. I can't make this stuff up #SXSW2016— Ibtihaj Muhammad (@IbtihajMuhammad) March 12, 2016

Even after I explained it was for religious reasons, he insisted I had to remove my hijab for the photo to receive my badge #SXSW2016— Ibtihaj Muhammad (@IbtihajMuhammad) March 12, 2016

A spokesperson for the 2016 SXSW Interactive event, which began on March 11 and concludes today and attracts participants from across the United States, confirmed in a statement to the Chicago Tribune that the volunteer in question had been relieved of her duties for the duration of the festival.

“It is not our policy that a hijab or any religious head covering be removed in order to pick up a SXSW badge,” the statement read.

“This was one volunteer who made an insensitive request and that person has been removed for the duration of the event.

“We are embarrassed by this and have apologised to Ibtihaj in person, and sincerely regret this incident.”