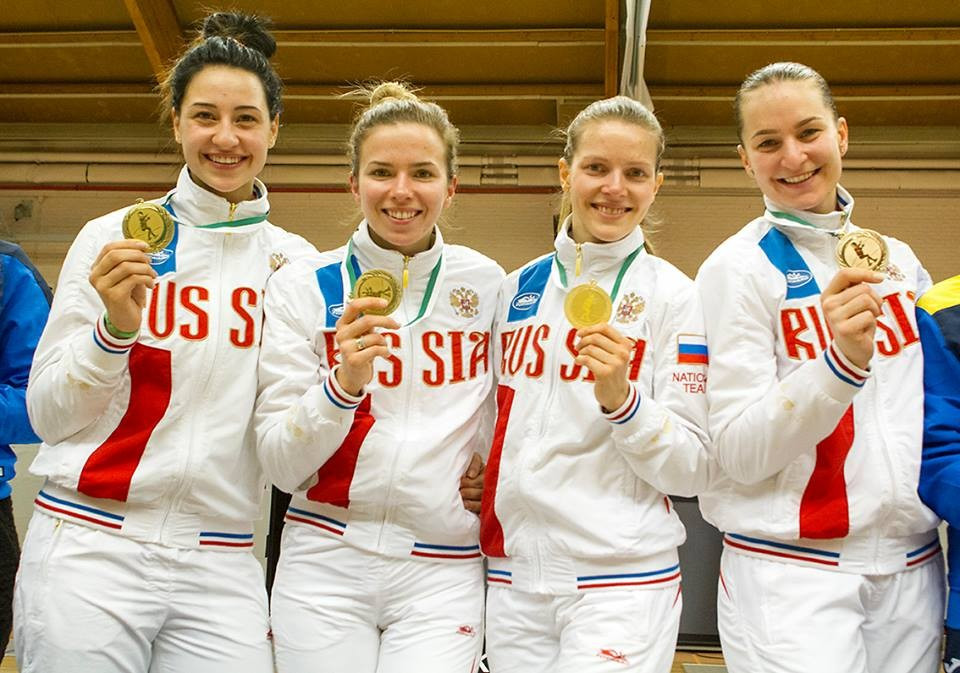 Russia claimed a comfortable victory over France in the women’s team final of the International Fencing Federation (FIE) Sabre World Cup at Sint-Niklaas in Belgium.

The Russians were able to advance to the gold medal encounter after securing a 45-19 win over Mexico in the quarter-final, before they brushed aside the challenge of Italy 45-25.

France, who beat Ukraine 45-37 in their last four clash, were able to test the Russian team but they were unable to prevent their opponents from triumphing 45-33.

The result secured Russa top spot in the overall world rankings, with Ukraine, France and United States securing berths to Rio 2016 as the highest scoring teams in the World Cup.

Italy and Poland claimed two European places, after no African teams were able to finish in the top 16 to secure a continental berth, while South Korea secured the Asian place at the Games.

The American berth was secured by Mexico.

In the individual competition, Ukraine’s Olga Kharlan was able to claim the gold medal after she defeated Russia’s Yana Egorian 15-13 in the final.

Each of the medallists look likely to compete at Rio 2016, with their nations having secured Olympic quota places.

In the men’s event in Warsaw, South Korea’s Bongil Gu was able to defeat his compatriot Junho Kim 15-13 in the gold medal contest.

A closely fought team competition saw the United States claim a narrow 45-43 win over their Russian rivals, while Germany defeated Italy 45-40 to claim the bronze medal.