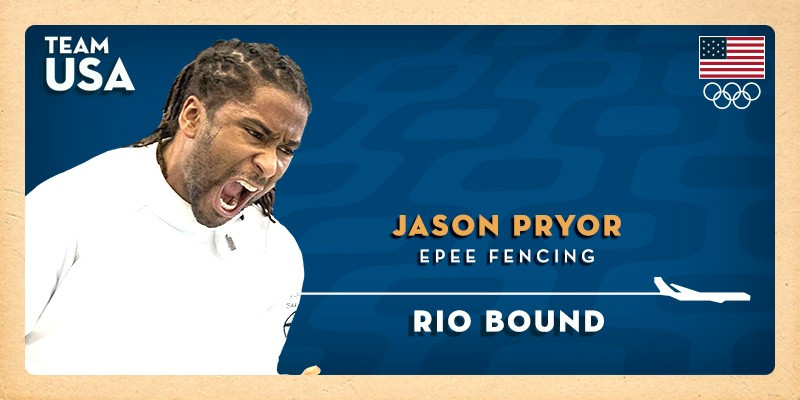 America’s Jason Pryor secured his place at the Rio 2016 Olympic Games after his performance at the International Fencing Federation (FIE) Epee Grand Prix at the MOM Sport Hall in Budapest saw him become the top ranked fencer in the Americas zone.

The 28-year-old headed into the event ranked 43 in the world but in the two qualification places in the continental rankings along with Canada’s Maxime Brinck-Croteau.

Pryor camethrough the pool phase in Budapest convincingly after winning five and losing just one of his contests, giving him a bye through the next round of the competition.

When he resumed the American sealed 15-7 victories over Uzbekistan’s Nadirbek Usmanov and Japan’s Keisuke Sakamoto to reach the final 64.

Only Brinck-Croteau also reached  the same stage of the competition from the Americas region to close on sealing a Rio 2016 berth, with Pryor now having claimed the first spot.

World number one Gauthier Grumier enjoyed a straightforward day as the Frenchman cruised into the last 64 and second seed Enrico Garozzo of Italy leads the challengers on the other side of the draw.

In the women’s competition the top seed Simona Pop received a bye to the last 64 after the Romanian finished top of her pool.

She could face competition from the home favourite Dorina Budai later in the event, the Hungarian second seed having impressed during the first day of action.

The World Cup is scheduled to draw to a close tomorrow.