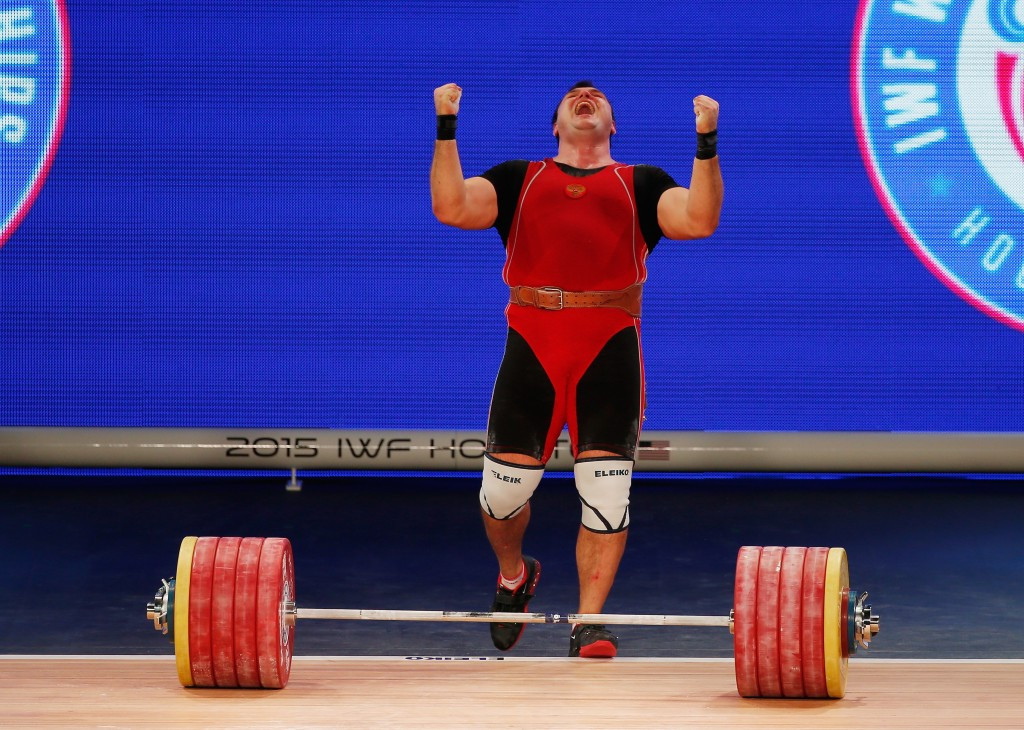 It had been announced on December 24 that the 26-year-old had failed a drugs test for growth hormone ipamorelin after winning the overall 105 kilogram gold medal at the 2015 World Championships in Houston in November.

The second sample has also failed, according to R-Sport and repeated by Reuters.

It means that the Russian is likely to miss this year's Olympic Games in Rio de Janeiro, with the weightlifter joining a long line of his compatriots who have supposedly failed tests.

Lovchev made a winning lift of 211kg to win the 105kg snatch in Houston, before going on to claim the clean and jerk title with 264kg.

This beat the previous world record mark of 263kg set by Iran’s Hossein Reza Zadeh at the 2004 Olympics in Athens.

His combined effort of 475kg was enough for the overall title and again beat a world record set by the Iranian, who managed 472kg at the Olympics in Sydney in 2000.

The Russian had been provisionally suspended with Georgia’s Lasha Talakhadze in line to claim snatch and total golds should he be stripped of his medals.

If that occurred Estonia’s Mart Seim would receive clean and jerk gold.

Last month, insidethegames revealed that Russia was poised to lose at least one quota place at Rio 2016.

Under the International Weightlifting Federation’s (IWF) anti-doping policy, the world governing body's Executive Board retains the right to remove one place from a country if four doping failures are registered within the qualification window, while six or more cases can result in two being withdrawn.

Bulgaria's weightlifters have been banned from Rio entirely after 11 positive doping cases during the qualification period, a decision exclusively revealed by insidethegames.

The country unsuccessfully tried to overturn this IWF ruling at the Court of Arbitration for Sport.