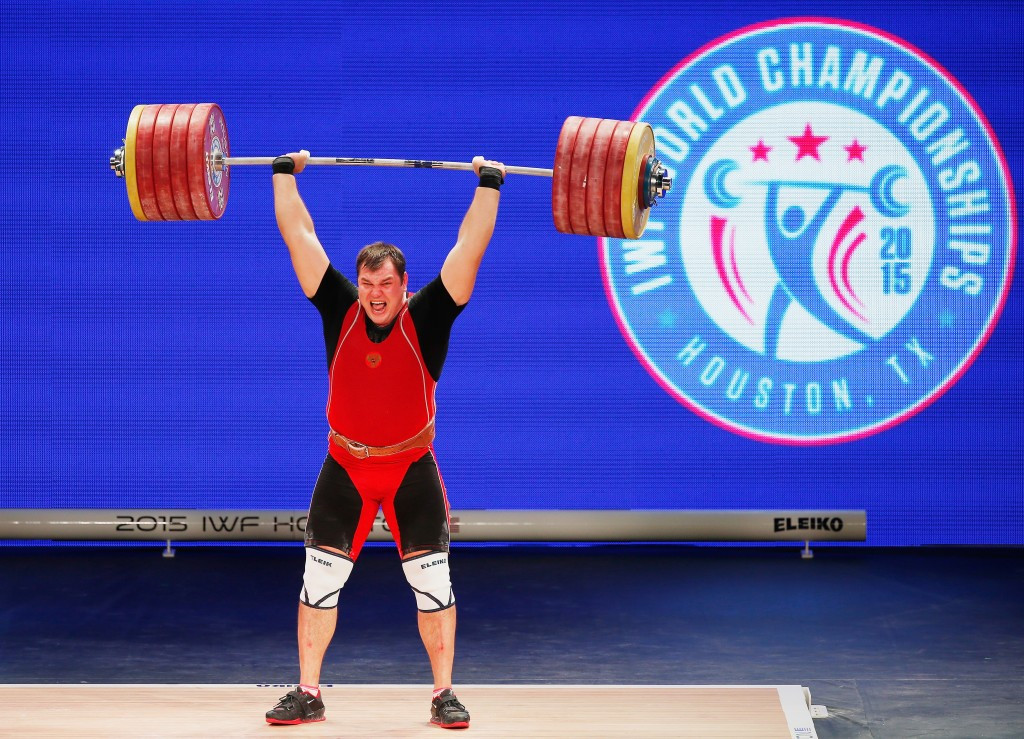 Russia should not be surprised if its weightlifters are banned from competing at Rio 2016 following a string of recent doping cases, former weightlifting trainer David Rigert has claimed.

World champion Aleksei Lovchev was among 17 athletes who have been suspended for positive drug tests by the International Weightlifting Federation (IWF) following last month's World Championships in Houston, United States.

The 26-year-old has now been provisionally suspended after testing positive for the growth hormone ipamorelin.

As well as Lovchev, three other Russian lifters were named as having returned adverse analytical findings, including Olga Zubova, who earned women's clean and jerk gold with a lift of 156 kilograms at the event, for anabolic steroid methenolone.

Zubova, who also won bronze in the total event having achieved an overall lift of 276kg, won the total gold at the 2013 World Championships but was stripped of her medal after testing positive for clomiphene, resulting in a two-year ban which ended this October.

Under 94kg competitor Aleksei Kosov, who lifted 181kg to claim snatch gold, and women’s under 69kg lifter Olga Afanaseva, have also been suspended after both Russians tested positive for the anabolic steroid dehydromethyltestosterone.

The announcement marked another dark day for Russian sport after the country was accused of a “state-supported” doping scheme in athletics, which prompted the International Association of Athletics Federations to suspend the All-Russia Athletic Federation.

"Every year there were showdowns in my tenure,” Rigert told Sputnik.

“There are special rules if a certain number of athletes are caught.

“It is possible that either the entire team may be disqualified, or the number of qualified quota places may be reduced.

“The situation is very critical, but there is something wrong, because the [athletes] departed all clean.

“They were tested and everything was fine.

“They will press and bite as hard as possible, including up to full disqualification.”

The announcement of 17 failed doping tests at the World Championships followed Bulgaria’s weightlifters being banned from competing at Rio 2016 by the IWF Executive Board on the eve of the event in Houston.

A total of 11 weightlifters were prevented from participating at the World Championships after the Court of Arbitration for Sport (CAS) upheld punishments imposed by the governing body.

It came after eight male and three female weightlifters tested positive for stanozolol at a training camp for the European Championships in Tbilisi, Georgia.

The Bulgarian Weightlifting Federation announced earlier this month that it has filed an appeal at the CAS to have the decision overturned, with the ruling expected to be announced at the end of January.