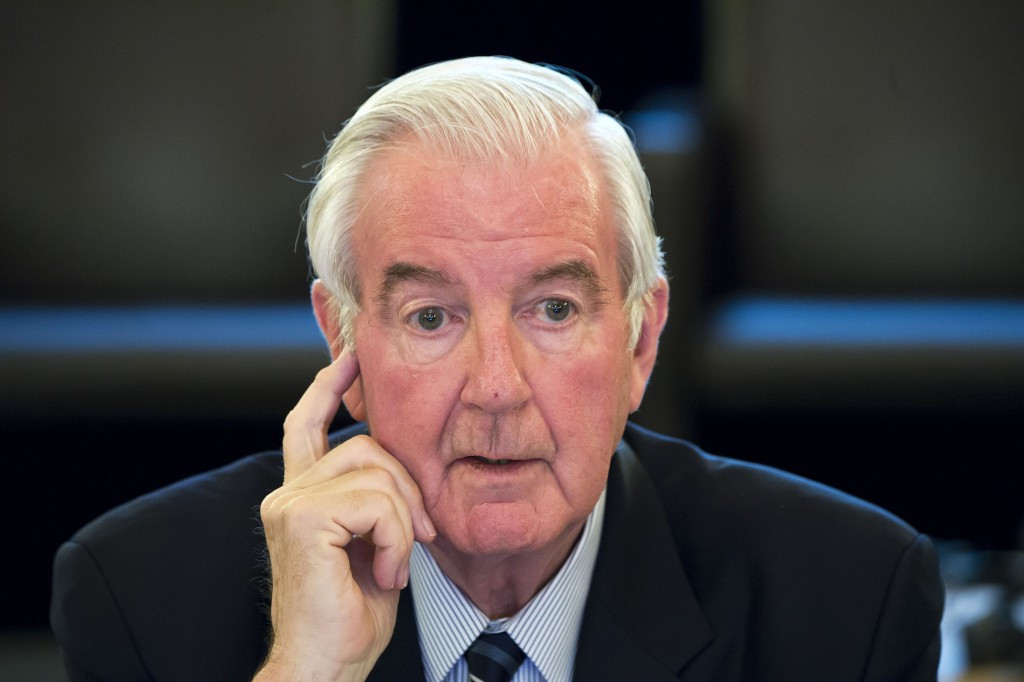 The World Anti-Doping Agency (WADA) says it is “dismayed” by the latest allegations concerning Russia which surfaced in the third documentary by German broadcasters WDR/ARD.

Entitled Russia’s Red Herrings, the film by Hajo Seppelt and Florian Riesewieck aired yesterday and claimed that the ban on the country issued by the International Association of Athletics Federations (IAAF) last November was widely being ignored.

Among the allegations was that an official of the Russian Anti-Doping Agency (RUSADA) - which has been declared non-compliant by WADA - gave athletes advanced warning of when drugs tests would be carried out.

It was also claimed that an individual connected to the All-Russia Athletics Federation (ARAF) was still supplying banned substances and that a coach who was sanctioned following WADA’s damning Independent Commission reports was still working.

WADA, who announced themselves as "dismayed" in a statement sent to insidethegames, will now try to verify the allegations and will seek confirmation as to when the evidence was collected.

A Taskforce set up by the IAAF, which banned Russia after the Independent Commission reports alleged widespread state sponsored doping, is currently assessing whether the country has met criteria to be reinstated.

If it does not, its athletes will miss this year's Olympic Games in Rio de Janeiro.

“At a time when trust in sport is wafer thin, these troubling assertions will do little to reinforce confidence in the Russian anti-doping system when clean athletes need it most,” said WADA President Sir Craig Reedie.

"The allegations suggest that there is still much, much work to be done in Russia; and, that we will need the full and unwavering cooperation of the Russian authorities to reverse the damage.

“Until this happens, clean athletes won’t be able to trust that there is a level playing field.

“These allegations are already in the hands of the IAAF Taskforce, which is the relevant athletics body; as well as, the authorities within Russia.

“I have no doubt that they will look at these matters without delay and draw the appropriate conclusions.

“When sports officials offer banned substances to athletes, deliberately provide advance notice of tests, or continue coaching when they have been banned from coaching, their actions only serve to undercut the globally-accepted system that we have spent years putting in place.

“These allegations will further disgust clean athletes around the world; and, reinforce in their minds that there is still much work to be done to repair the anti-doping system in Russia."

Sir Craig added that WADA was already working with RUSADA, with UK Anti-Doping (UKAD) previously brought in to help with testing.

“Now that testing is being overseen UKAD, the next important step is to install two international experts in Russia to ensure that the anti-doping system is free of undue interference and is fully independent," he said.

“This will include the review of all current staff. In light of these latest allegations, which will be considered in full by WADA, it is imperative that the two experts begin their work at RUSADA immediately.

“I will not hesitate to act swiftly to ensure that any breaches to the Code are dealt with firmly and expeditiously.

“Strong and decisive action by all sporting authorities is imperative if clean athletes, and indeed the public at large, are to retain belief in the integrity of sport.”

"I'm furious to hear of yet more positive doping test results from the last Olympics," he wrote.

"These cheats have absolutely no place in our sport and rob clean and honest athletes of their hard earned glory.

"Despite the restrictions the law places on us regarding life bans for cheats, as sport leaders we are duty bound and need to do more to protect clean athletes and remove cheats once and for all.