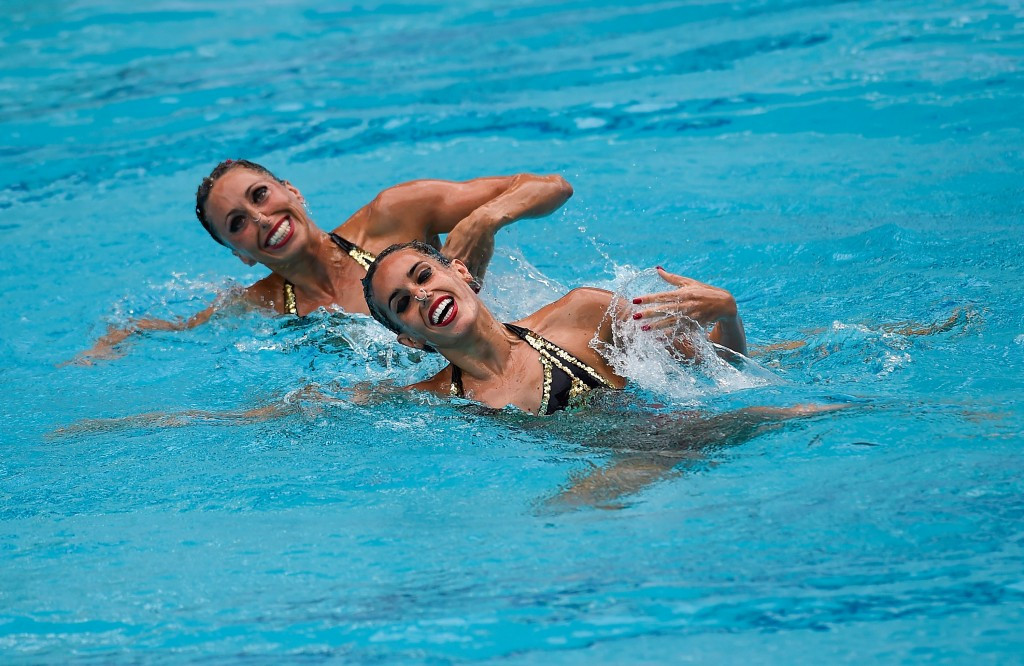 The competition at the Maria Lenk Aquatic Centre, which will play host to synchronised swimming and diving at this summer’s Olympics, is doubling as a Rio 2016 test event.

Mengual and Carbonell topped the standings in the technical discipline with a score of 89.1816 yesterday and produced another fine display to top the podium, amassing a total of 92.6000 in the free routine to finish on an overall 181.7816.

Italian pair Constanza Ferro and Linda Cerruti’s score of 90.1000 ensured they took home silver with an overall total of 176.0000.

All three teams have now guaranteed a spot at the Rio 2016 Olympics, where synchronised swimming will be held from August 14 to 19.

They will be joined in the Brazilian city by Greece’s Baku 2015 European Games champions Evangelia Koutidi and Evangelia Platanioti, Anna-Maria Alexandri and sister Eirini-Marina of Austria and American pair Anita Alvarez and Mariya Koroleva.

Mexico’s Karem Achach and Nuria Diosdado, competing under the FINA flag due to their country’s suspension, finished the competition in fifth place.

If the ban on the Mexico Swimming Federation is not overturned before the Games in August, they will have to participate under the FINA flag rather than that of their nation.

Both Carbonell and Mengual are Olympic medallists, the former winning duet silver and team bronze at London 2012 and the latter claiming duet and team silver at Beijing 2008.

“I am very pleased with the classification,” Carbonell said.

“We are already Olympic medallists and we crave for the gold, but we know that facing Russia will be very difficult.

“But in fact, happiness will be enormous if we are on the Olympic podium.

“Our choreography for the Games will be the one we performed today, it's about Flamenco.

“We learned to dance the style and enjoyed being part of the Spanish tradition.”

The competition in Rio resumes on Saturday (March 5) with the women’s team event following a rest day tomorrow.