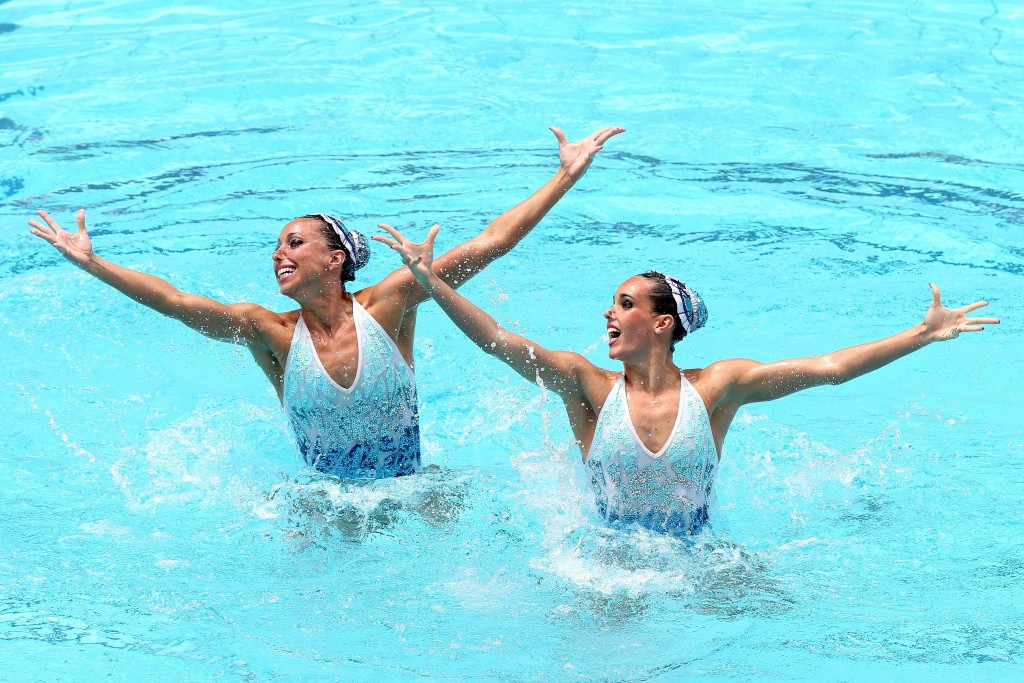 The tournament - which is doubling as a test event for the Games - is taking place at the Maria Lenk Aquatic Centre due to host the Olympic competition in August.

Both Carbonell and Mengual are Olympic medallists, the former winning duet silver and team bronze at London 2012 and the latter claiming duet and team silver at Beijing 2008.

They scored 89.1816 points in their technical routine to lead the way in front of 26 other duos ahead of tomorrow's free routine.

With music by Toni Mir and the theme "Aqua", the pair put in an impressive performance.

"We still have much to do with six months to go until the Games," said 38-year-old Mengual.

"Some details need to be modified."

The 25-year-old Carbonell added: "We know what the Olympics is.

"We have won silver at the Games in the past, and we have to work harder to change the colour of the medal.

"Our routine is new and we made something based on the water."

Brazil, Russia, China, Australia, Egypt, Ukraine, Japan and Canada have already qualified for the duet event with 24 teams set to compete at Rio 2016.

A team competition will also be held with three places at the Olympics available.