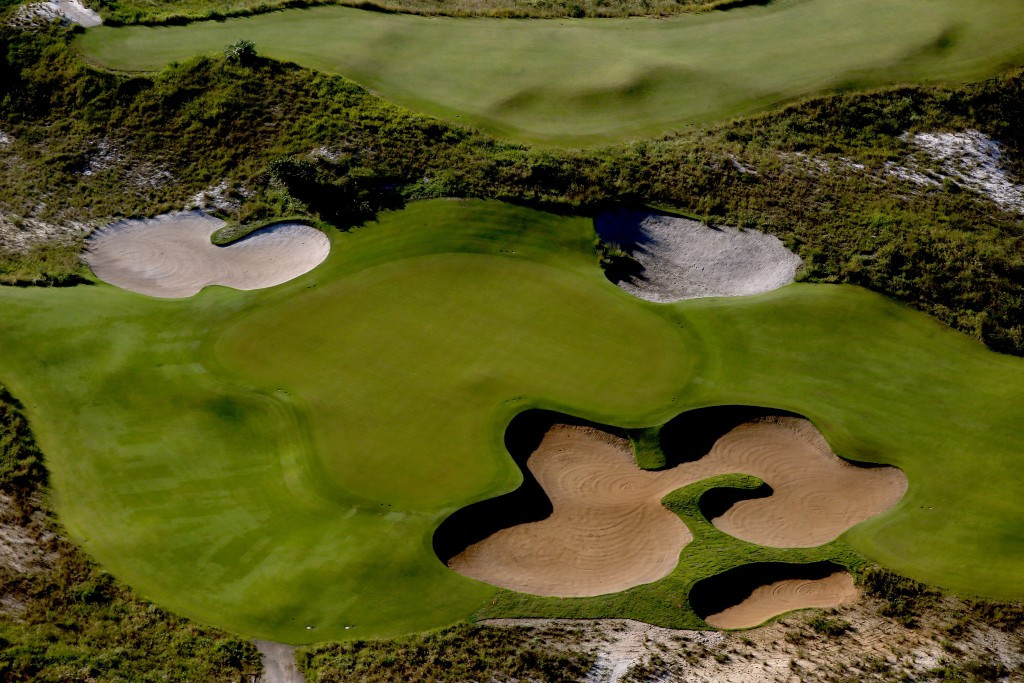 The controversial new golf course built for the Rio 2016 Olympics has boosted the environment, organisers have claimed after a report on the venue was published.

Documents released by the State of Rio de Janeiro Department of Justice reportedly say the course in Barra da Tijuca has "contributed to the growth of local vegetation" in the Marapendi area.

Organisers will no doubt be buoyed by the news as the course has proven to be a thorn in their side with numerous complaints from environmental protesters.

They burst into the lobby of the Windsor Atlântica Hotel after the IOC Executive Board had held a meeting.

Bach was described as a "nature killer" with complaints including the chopping down of trees.

Rio prosecutors also claimed the project breached laws that protect the site, which is located on the heritage-listed Atlantic rainforest.

Now, it is claimed the report proves that different species of animal have in fact returned to a "once degraded area".

An inspection was carried out in December at the request of a civil lawsuit filed by state prosecutors who questioned the environmental impacts of the project.

"Besides the flora, which increased extensively, we can observe the different species of animals that have returned to the area.

"The report now provides a scientific stamp to what we had already observed."

The course, built as golf returns to the Olympic programme for the first time since St Louis 1904, will hold a test event on March 8.