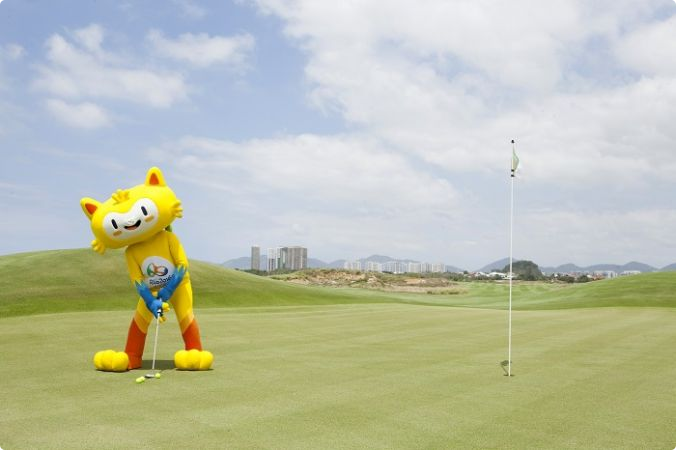 The controversial golf course for next year’s Olympic Games in Rio de Janeiro has been officially unveiled at a ceremony held in Barra da Tijuca.

The course, thought to have cost around $10.6 million (£7.1  million/€9.9 million), had attracted criticism from campaigners in the city, who claimed it would damage the environment.

An International Olympic Committee Executive Board meeting in Rio in February was interrupted by protesters who branded President Thomas Bach a “nature killer” for the construction of the course.

Concerns have been prominent in the lead-up to the Games, where golf will return to the Olympic Programme after a 112-year absence, about the slow building of the course and there were fears that the grass would not be ready in time for this month’s test event.

“The course is ready for the Olympic Games,” Rio Mayor Eduardo Paes said.

“We were told that this area was an environmental preservation zone, but this is wrong.

“We have reclaimed some of the ground and restored vegetation.”

Designed by American Gil Hanse, the course spans 970,000 metres squared and will have a seating capacity for spectators of 15,000.

According to Rio 2016, the grass will be trimmed three or four times a day and will be watered every 48 hours to ensure optimum conditions for the players who will compete in the first Olympic golf tournament since 1904.

“It has plenty of undergrowth and is very open so the wind will challenge the golfers here, who will also have lots of bunkers to deal with.

“This layout is narrow and will demand great precision from the players.”

Following the conclusion of next year’s Olympics, the course will become a public facility run by the CBG and the City Government under a 20-year lease.

“This will be the biggest park in the city,” he said.

“Our aim is to get families and children interested in golf and help grow the sport in Brazil.”