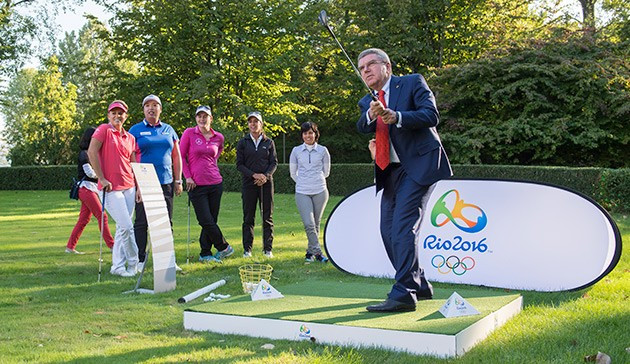 Rio de Janeiro will provide a spectacular stage for women's golf when the sport returns to the Olympic schedule next summer, according to the International Olympic Committee (IOC) President Thomas Bach.

Putters and clubs will return to the world's biggest sporting event in 2016 after golf was voted onto the Olympic programme at the 2009 IOC Session in Copenhagen, and Bach has recently met with some of the world's best female players to discuss its inclusion.

Golf has not featured on an Olympic schedule since the 1904 Games in St Louis, while a women's competition has only been held in 1900 in Paris when the sport made its debut.

Margaret Abbott won the gold 115  years ago, becoming the first American to take first place in an Olympic event.

She will remain as the only Olympic champion in women's golf until after next year's tournament in Rio.

Bach met with China's Shanshan Feng, Paraguayan Julieta Granada, Fabienne in-Albon of Switzerland, Germany's Caroline Masson and South Africa's Paula Reto at IOC headquarters in Lausanne for discussions before a game of pitch and putt in the gardens.

"For women’s golf, it will be a spectacular stage in Rio de Janeiro to promote your sport and to be in the limelight,” said Bach.

“It will be an exposure you have never experienced before.

"You will reach another level with your sport.”

Rio de Janeiro has constructed a new golf course for the Olympics, at Reserva de Marapendi in Barra da Tijuca.