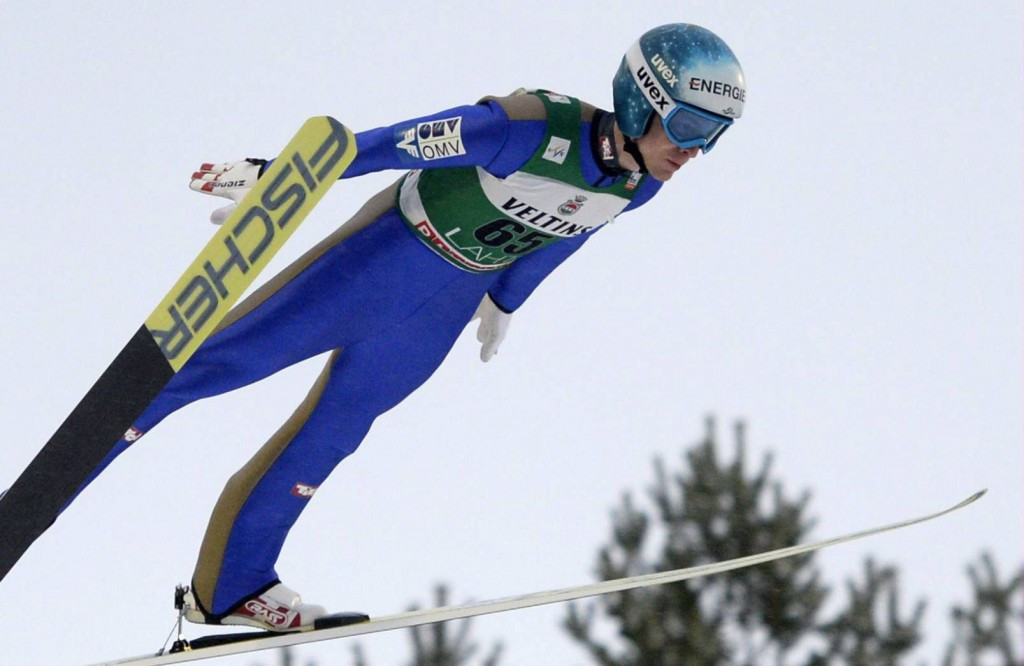 Michael Hayboeck proved that his win in Lahti on Friday (February 19) was no fluke as the Austrian claimed a second International Ski Federation (FIS) Ski Jumping World Cup title on the Finnish hill today.

The 24-year-old's victory two days ago was his first of the season but he has now won consecutive events after he improved upon his opening jump of 98.5 metres to register 100m with his second effort.

That gave him a total points tally of 241.4 points which was enough to edge German Karl Geiger into second after the 23-year-old registered 232.2.

Action in Lahti did not run smoothly though, with wind forcing the action from the large hill to the normal hill.

Geiger's second place was his first podium finish of the season and came thanks to leaps of 96m and 99.5m.

Third place went to Taku Takeuchi of Japan, who also gained a first podium of the campaign on a day when the more fancied jumpers could not trouble the medal positions.

Slovenia's World Cup leader Peter Prevc, who let a first round lead slip to finish fifth in the first Lahti event, could only do enough for ninth today with Germany's defending champion Severin Freund, who is second overall this term, finishing fifth behind Czech jumper Roman Koudelka.

Norway's Kenneth Gangnes, who is third in the overall standings and one place ahead of Hayboeck, finished 22nd in today's competition.

The next Ski Jumping World Cup is due to take place in Kuopio in Finland on Tuesday (February 23).