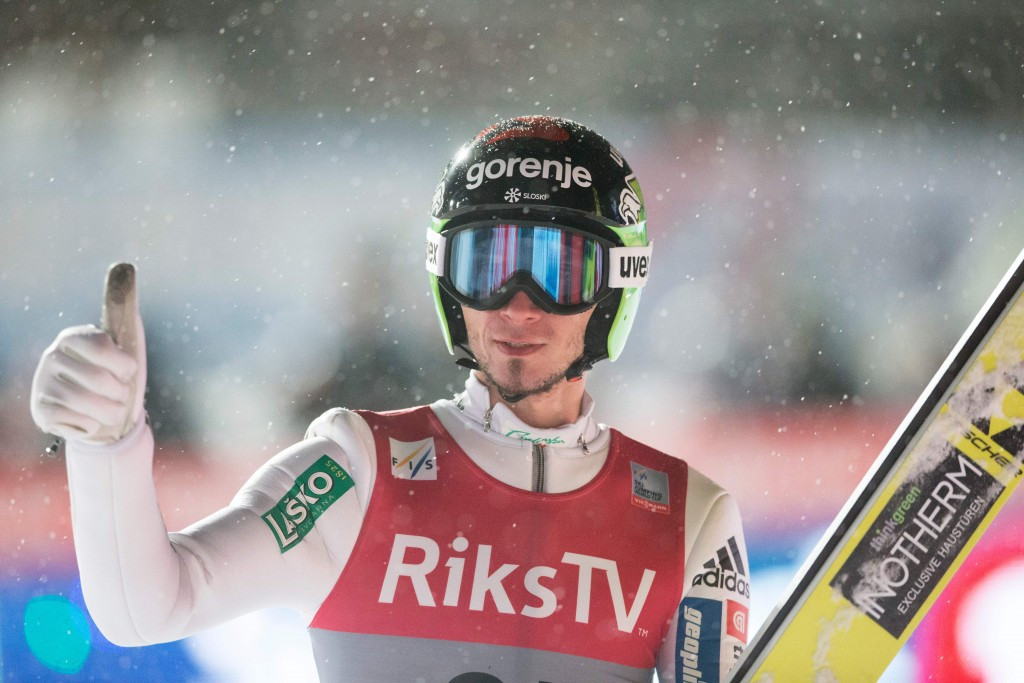 The event had been relocated to the Norwegian venue following the cancellation of last week's event in Holmenkollen, with the large hill proving ideal for Kranjec, returning to the scene of his Ski Flying World Championship win in 2012.

Having produced a first round effort of 236 metres, the 34-year-old led at the halfway mark of the night competition and then bettered the effort with his second jump taking him out to 239.5m

Home favourite Kenneth Gangnes was his nearest challenger after the first round with 234.5m and, although his second was marginally further at 235m, he ended 4.4 points adrift of Kranjec’s tally of 432.8.

It was Kranjec's sixth World Cup win of his career and continued his fruitful run at the venue, where he had also secured his last success back in 2013.

"I didn't really expect that, one week it's going really well and then really bad again,” he said.

“At the beginning of the season I felt strong pain due to my injury, I wasn't able to find the fight feeling in the air, it was only training.

“I still have constant pain in my elbow and I can't completely straighten my arm, in April I will undergo surgery again and then it should be okay."

He was able to finish clear of overall World Cup leader Peter Prevc, the Slovenian, ending the competition on 407.2 following efforts of 226.5m and 220.5m.

The current Ski Flying world champion will target a return to the top of the podium in tomorrow’s competition.