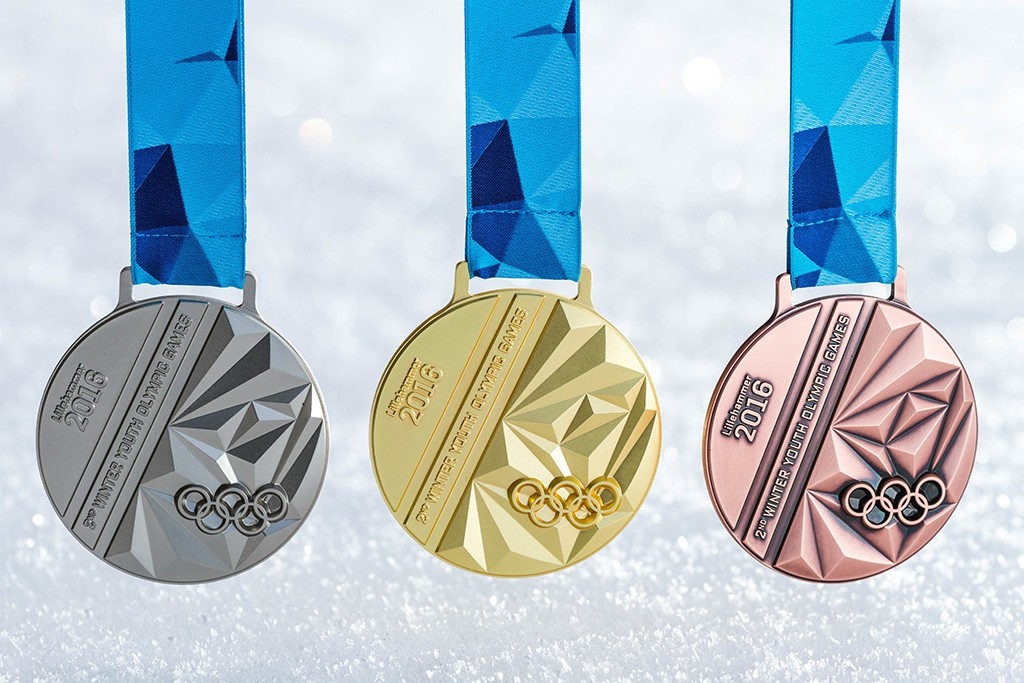 The designs for the medals which will be awarded at next month's Winter Youth Olympic Games have today been unveiled by Lillehammer 2016.

International Olympic Committee (IOC) medal design contest winner Ciprian Burzo, a 20-year-old from Romania, has created one side of the bronze, silver and gold medals, which depict the Scandinavian mountains, winter, ice, skates, skis and the podium.

Burzo, chosen following an extensive selection process which included 300 entries from 65 countries, has been given a set of medals along with a trip to Norway to see his design be handed out to victorious athletes.

His design was entitled “To the Top” and he says he is “so proud that my contribution is now a part of the Olympic history.”

The reverse has been put together by Lillehammer 2016, using inspiration from four young Norwegian designers, who created the logo for the Games, due to begin on February 12 with the Opening Ceremony and conclude on February 21.

The medals have been designed almost entirely by youngsters as part of the mantra of the event, the second edition of the Winter Youth Olympic Games following the inaugural event Innsbruck four years ago.

“I’m so happy the medals are ready and I’m really excited for them to be handed out to the athletes in a few days’ time,” Lillehammer 2016 chief executive Tomas Holmestad said.

“To win an Olympic Medal is a memory for life, but so is designing the award.”

Holmestad recently predicted that cross-country cross, monobob and ice hockey skills challenge events would be the “new and exciting” competitions on the programme.

He also believes that the Games will create new enthusiasm for the Olympic Movement in Norway.

More than 1,000 athletes, competing in 70 events, are expected to participate at the Winter Youth Olympic Games in the Norwegian town, which played host to the 1994 Winter Olympics.

Many of the venues used for those Games will be used during Lillehammer 2016.

The Opening Ceremony has been timed to coincide with the 22nd anniversary of the beginning of those Olympics, widely considered one of the best in history.