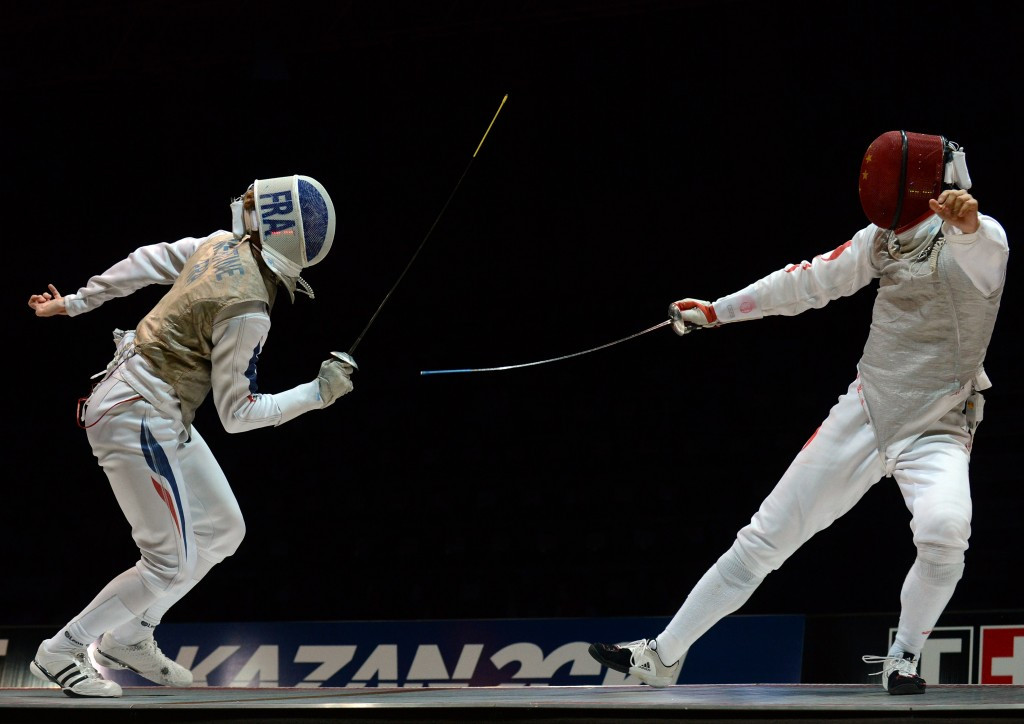 Wuxi has been awarded the rights to host the World Fencing Championships in 2018, the International Fencing Federation (FEI) has announced.

The Chinese city saw off Japanese rival Fukuoka by 69 votes to 47 at the governing body's congress in Guangzhou, China, where 122 Member Federations were present in total.

The 31-year-old won the men's individual foil title at London 2012 and also has two World titles and a Universiade gold medal in his collection.

"I have participated in the World Championships almost 10 times, which were all held in Europe," he said.

"Now it will come to China.

"It is a great thing for both fencing and China."

China last held the World Championships in 2008, when they took place in that year's Olympic host Beijing in the run-up to the Games.

The last two editions were both held in Russia - in Kazan in 2014 and Moscow this year - while the 2016 event will take place in Olympic city Rio de Janeiro.

The 2017 Championships are due to take place in Leipzig in Germany.

Wuxi, which has a population of more than six million people, has a growing reputation for holding sporting events.

The International Shooting Sport Federation World Cup Final, the World Women's Handball Championship and the World Archery Youth Championships have all been held there as well as the Wuxi Classic and World Cup snooker tournaments.

"It's the highest level athletic competition in Wuxi since the founding of new China," deputy director general of the local sports bureau Zhang Hong said.