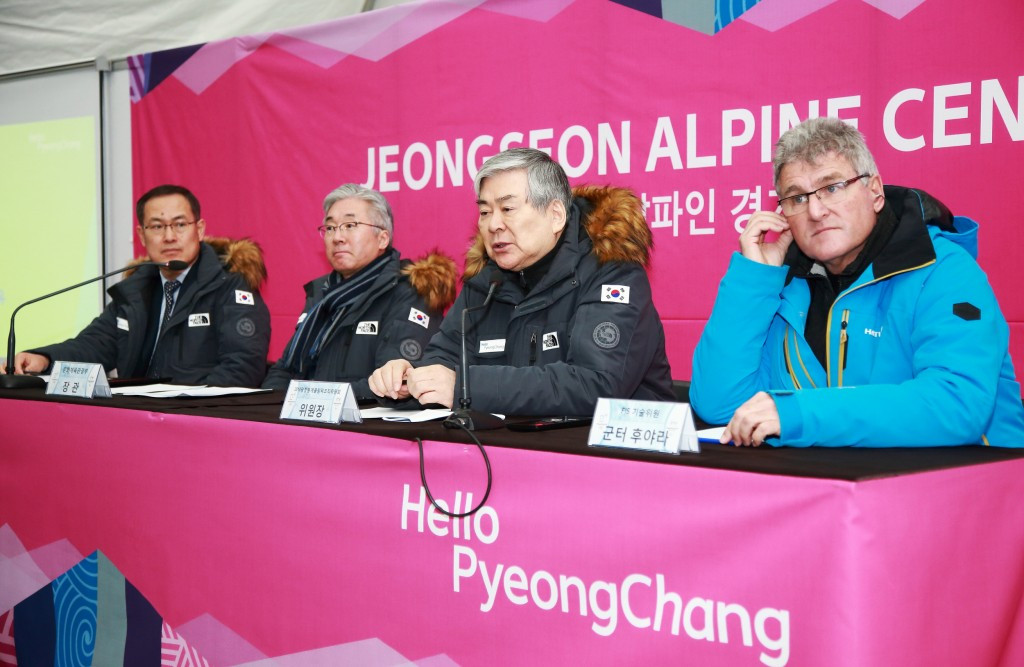 Claims that the Alpine ski course built by Pyeongchang 2018 for the Winter Olympics and Paralympics will cause permanent damage to the environment were dismissed today by South Korea's Minister of Culture, Sports and Tourism Kim Jong-deok.

Environmental groups have been campaigning against the Jeongseon Alpine Centre, claiming the removal of "sacred" trees is an "ecological disaster".

Last September, Green Korea United organised a petition against the removal of trees, hosted on Avaaz.org, signed by 1.3 million people.

Kim, though, dismissed their protests at the official opening of the Centre, two days after the International Ski Federation (FIS) had given it its approval in time to host an Alpine Skiing World Cup event there on February 6 and 7.

"I think it's too strong of a word, and it's not as though an Alpine skiing course would just drop from the sky," Kim told South Korea's Yonhap News Agency.

"We were simply trying to meet FIS requirements for an Olympic venue.

"And we've never had an Alpine course of this size.

"If we had, we wouldn't have had to build a new one.

"We're discussing ways to restore the area with environmental groups."

It is currently about 60 per cent complete - still enough to host the World Cup race - and is scheduled to be fully finished by December 20 this year.

There had been doubts over whether it would be completed in time for the World Cup event after work on it fell behind badly behind schedule.

Cho Yang-ho, President of Pyeongchang 2018, admitted the fact it was ready in time was "a small miracle".

He added: "Amid concerns about damaging the environment and unusually warm winter weather, there were understandably a lot of doubts, and it wasn't easy to break ground on the venue.

"We've overcome a lot of adversity to be able to host the test event on time.

"We'll prepare for this competition like an actual Olympic race, and hopefully we'll create a boom for the Olympics with a successful World Cup."

FIS technical expert Guenter Hujara, who had signed off the course in time for it to host the World Cup event, predicted the course would become a favourite of the world's top skiers.

"I just came down the race course in the morning, and I can tell you that Jeongseon is a race course that can easily compare with other Olympic and classic World Cup courses," he said.

"In the beginning of February, we'll see that the best athletes in the world really perform on a highly developed race course."