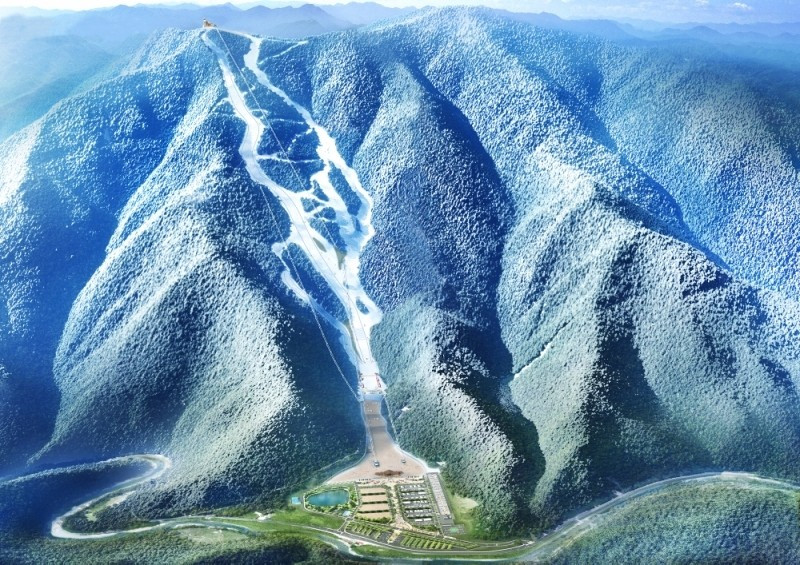 Pyeongchang 2018 today claimed that the Jeongseon Alpine Centre is ready for competition ahead of next month’s International Ski Federation (FIS) Alpine Skiing World Cup, a test event for the Winter Olympic Games.

The venue in Jeongseon County, Gangwon Province, is currently undergoing test runs and awaiting only a final inspection by the FIS with the World Cup due to take place from February 3 to 7.

International Olympic Committee (IOC) Olympic Games Executive Director Christophe Dubi warned last month that construction at Jeongseon was on a "very tight timeline" to be ready for the test events.

Dubi’s comments followed the FIS confirming to insidethegames that the World Cup event will go ahead as planned after work on a gondola, the seating compartment on a ski lift, met a construction deadline of November 15.

Organisers were reportedly unsatisfied with the stability of the structure, but Dubi claimed an agreement had been reached over the technical aspects of the gondola to ensure its readiness by the day of official snow control, due to take place on January 20.

Administrative snags and inclement weather have been cited as the reasons for construction falling behind schedule in December, but according to South Korea officials, construction personnel and officials at the Organising Committee and at the Gangwon Provincial Government worked over weekends and the Christmas holidays to get the venue ready.

"The course itself is 100 per cent ready, and we're putting finishing touches on the venue," Pyeongchang 2018 said in a statement.

"The final inspection by the FIS is scheduled for next Wednesday, and our preparation will be complete once the FIS issues its international authentication."

Yeo Hyung-koo, secretary general of Pyeonghcang 2018, admitted last month that the venue was only 53.7 per cent complete, and should reach 60 per cent by the January 20 deadline in order for pre-competition testing.

He insisted concerns expressed earlier by the FIS and the IOC about Jeongseon's ability to stage the test event are now fully behind them.

"We will leave no stones unturned until the last minute to make sure we run a perfect event," he told Yonhap News Agency.

Around 250 athletes and officials are expected to be present at the five-day event, which will be followed by two FIS Snowboard World Cups in Bokwang, first in slopestyle from February 19 to 21, and then in snowboard cross from February 25 to 27.

Bokwang, a satellite town of Pyeongchang, is also scheduled to host an FIS Freestyle World Cup from February 18 to 20.

Pyeongchang 2018 is planning to host 28 international events in Olympic and Paralympic sports, including five World Championships, from February 2016 to April 2017.

The upcoming event is a major test for Pyeongchang following a multitude of problems since they were awarded the Games at the IOC Session in Durban in 2011.

Improvements have been made since Cho Yang-ho replaced Kim Jin-sun as President of Pyeongchang 2018, although IOC Coordination Commission chief Gunilla Lindberg warned them to "speed up" the progress of their preparations last January.