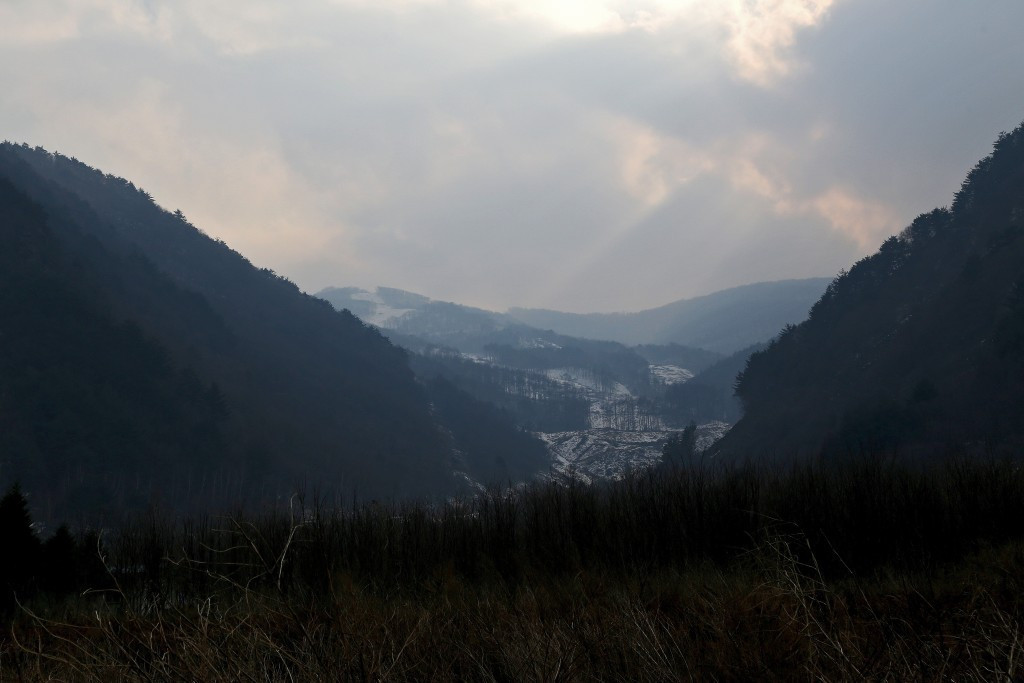 Pyeongchang 2018 organisers have admitted that the Olympic Alpine skiing venue in Jeongseon is barely 50 per cent complete ahead of February's test event, although they deny claims the venue will not be ready in time.

An International Ski Federation (FIS) Alpine Skiing World Cup is due to be held in Jeongseon from February 3 to 7 before further freestyle skiing and snowboard events in the neighbouring resort of Bokwang from February 18 to 20 and February 25 to 27.

Concerns are particularly high over the Alpine event, where a surfeit of delays have occurred since construction belatedly began last year.

Recent problems have included a constructor reportedly failing to make payment to subcontractors on time, causing a halt in construction, while warm temperatures and heavy rain for 22 successive days from October to November further slowed progress and prevented snowmaking.

Olympic and sporting officials have voiced many concerns behind the scenes, with IOC Olympic Games executive director Christophe Dubi admitting at this month's IOC Executive Board meeting in Lausanne how South Korean organisers face a "very tight timeline” to be ready.

Pyeongchang 2018 secretary general Yeo Hyung-koo has revealed how the venue is currently 53.7 per cent complete, and should reach 60 per cent by the January 20 deadline in order for pre-competition testing.

He claims it does not need to be 100 per cent ready in time for the test event, however, where around 2,300 athletes, coaches, journalists and spectators are expected to attend.

"We can host the World Cup races when it's 60 per cent complete, with all essential facilities in place," he said.

"We're at just over 53 per cent completion rate now, and it's expected to be finished by October next year.

"We will work through the Christmas and New Year's Day holidays to get all the necessary work done in time."

Designed by Switzerland's FIS Alpine Committee chair Bernhard Russi, the men’s downhill course will run a length of 2,648 metres with a vertical drop of 825m.

Men’s and women’s courses will be combined into one field of play for the first time in Winter Olympic history in an effort to preserve more forest area surrounding the race course following criticism from environmental groups.

Gondolas to transport skiers up the mountain are due to be installed by January 20, while snowmaking started on Wednesday (December 16) and is now expected to be "operated in full capacity" for the next month to meet demand.

The gondalas have been a particular problem following delays in November, but it is now claimed all parts of the concrete foundations will be assembled by December 28, with rope pulley installation and splicing to follow by January 6.

A Far East Cup race is also scheduled in Jeongseon on January 27 and 28 as a trial run before the FIS World Cup.

"I understand people's concerns about our work, and we will try extra hard to ensure successful test events," Yeo added.

"We're trying to hammer out final details with our local partners in Bokwang on the use of the venue."

The event is a major test for Pyeongchang following a multitude of problems since they were awarded the Games at the IOC Session in Durban in 2011.

Improvements have been made since Cho Yang-ho replaced Kim Jin-sun as President of the Organising Committee last year, although IOC Coordination Commission chief Gunilla Lindberg warned them to “speed up” the progress of their preparations in January.

"Working closely with FIS and IOC, Pyeongchang 2018 and Gangwon Province along with Korea Ski Association are fully committed to delivering the FIS Ski World Cup successfully to the world’s Alpine ski athletes and fans," a statement today added.

"This event will be the first opportunity to welcome top athletes to our venue in the journey towards the 2018 Olympic Winter Games."