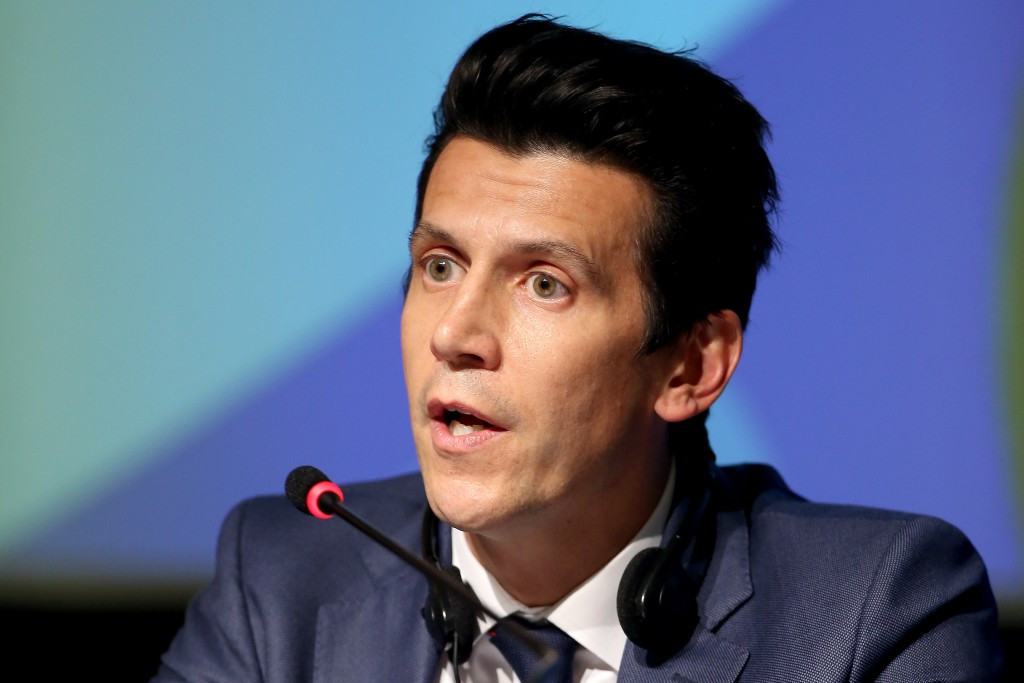 Construction at the Jeongseon Alpine Centre is on a “very tight timeline” to be ready for the Pyeongchang 2018 test events, International Olympic Committee (IOC) Olympic Games Executive Director Christophe Dubi warned here, admitting they are keeping a close eye on the progress at the venue.

Dubi’s comments follow the International Ski Federation (FIS) confirming to insidethegames that the World Cup event will take place as planned after work on a gondola, the seating compartment on a ski lift, met a construction deadline of November 15.

Organisers are now reportedly unsatisfied with the stability of the structure but Dubi claimed an agreement has been reached over the technical aspects of the gondola.

The winter season in South Korea also makes it difficult for construction work to be carried out but Dubi insisted he and the IOC are confident the gondola will be complete in time for the test events, a key marker for Pyeongchang 2018’s preparations.

It was also confirmed during the IOC Executive Board meeting here that big air events will take place at the Alpensia Ski Jumping Stadium  during the Games, the first-ever Winter Olympics to be held in South Korea.

The big air discipline was added to the Pyeongchang 2018 programme in June, replacing snowboard parallel slalom.

“Jeongseon indeed is under a very tight timeline for the test event,” Dubi said.

"It is especially the construction of the gondola which is currently very tight scrutiny.

“They have faced the situation but due to the winter conditions, they were not satisfied with the stability of the structure.

“Now it is a matter of continuing the progress at a very rapid pace in order to make sure it can be delivered on January 20.

“Pyeongchang were very reassuring, an agreement has been reached and the work is progressing rapidly.

“Nevertheless January 20 is very close and we have to follow this construction very closely.”

The news comes after Gunilla Lindberg, a member of the IOC Executive Board and chair of the Pyeongchang 2018 Coordination Commission, claimed she was “totally convinced” venues for the test events would be ready in time during the most recent visit in September.

Delays in building the facilities have been a constant problem in the build-up to the Games and remains of the key concerns of the Coordination Commission and the IOC.

FIS President Gian-Franco Kasper had been one of the strongest critics of Pyeongchang's preparations to stage the Winter Olympics, warning earlier this year how it would be "impossible" to stage test events as planned due to slow progress in construction.

These suggestions were dismissed by Pyeongchang 2018, however, and the Swiss claimed in September they will take place as normal.

Despite hailing the progress Pyeongchang has made in its preparations, largely since Cho Yang-ho replaced Kim Jin-sun as President of the Organising Committee last year, Lindberg has also urged them to “speed up” the progress of their preparations.