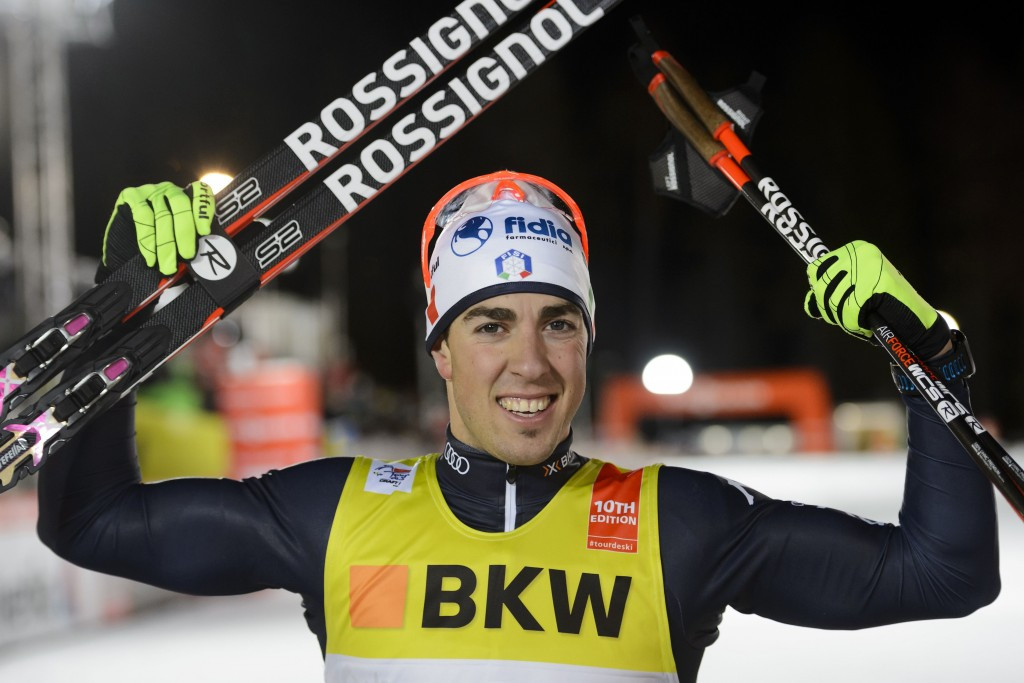 Federico Pellegrino, a winner of four individual World Cup races this season including the sprint yesterday, teamed-up with Dietmar Noeckler to secure Italian success in the men's event, with the duo finishing in 14 min 44.82 sec in the relay format.

The bronze medallists in the team sprint from last year's World Championships came home in front of French duo, Renaud Jay and Baptiste Gros, and their compatriots Valentin Chauvin and Richard Jouve.

Jay and Gros were 1.79 behind the Italians with the third placed French team 2.41 in arrears.

Noeckler admitted that he hadn't felt at his best during the qualification rounds leading up to the final, before he teed up his team-mate for a final push in the final.

"I did not feel that good in the semi-final," he said.

"I knew Federico is the best finisher in the world.

"I tried to work hard to prepare a good position for him.

"We have won five Italian National Championships together.

"It is great to win at the World Cup again."

Meanwhile, Sweden's Ida Ingemarsdotter and Stina Nilsson won the women's race as they clocked 16:14.08 for victory in their final.

The duo won the only team sprint event last season in Otepaa in Estonia and were 3.51 quicker than second placed Norweigans, Heidi Weng and Astrid Uhrenholdt Jacobsen.

Germany's Sandra Ringwald and Hanna Kolb were third and 8.84 shy of the winning time.

"We had a great day as a team," said Nilsson, who, like Pellegrino, won the individual sprint event yesterday.

"You could say we are a good couple.

"In the final lap I was in a good position and I could ski as I wanted.

"I am very satisfied with the weekend in Planica."