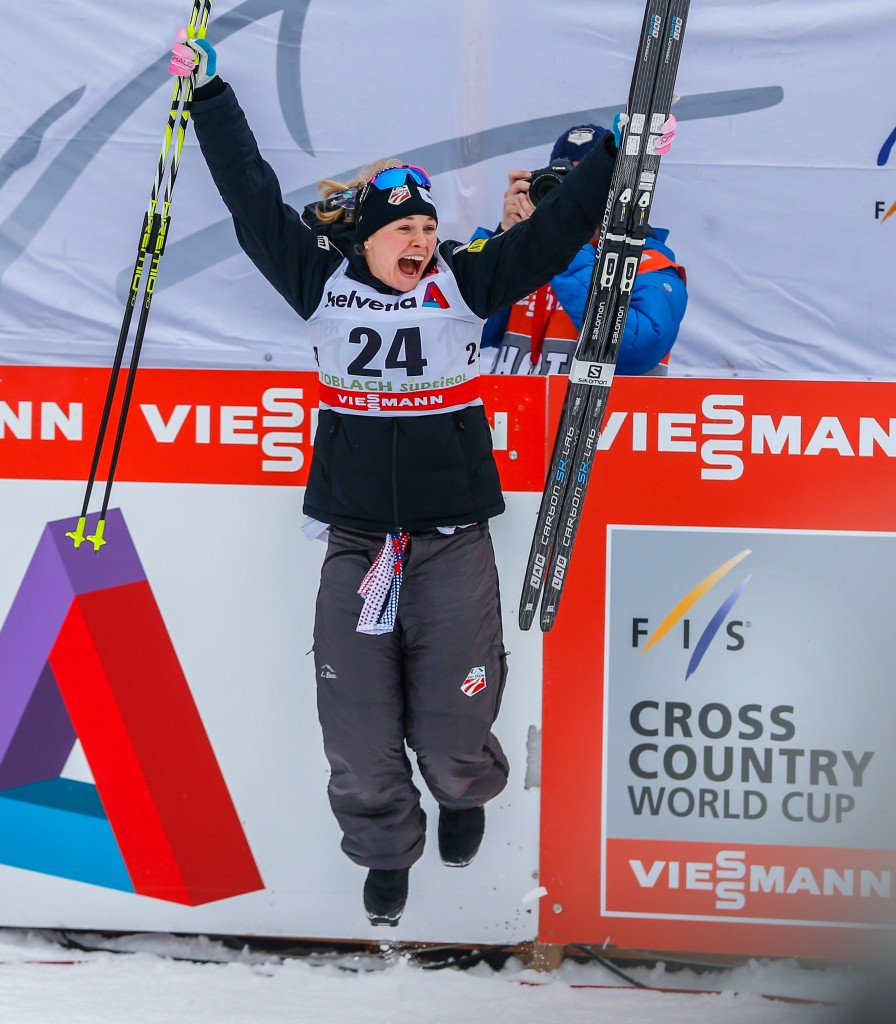 Diggins, the 2015 Nordic World Ski Championship silver medallist in the 10km, was surrounded by Norwegian rivals throughout the duration of stage six, the first of three races to be  held in Italy, as the Tour de Ski draws towards its conclusion.

The 24-year-old, though, proved more than a match for her challengers as she completed the course in 13min 15.50sec to claim gold, with team-mate Heidi Weng crossing just 0.9 seconds behind in second.

At the start of the week Kikkan Randall had been the only American woman to win a World Cup cross-country skiing race, but the tally has now been boosted to three with Diggins triumph today, coming three days after Sophie Caldwell won the women’s 1.2km classic sprint in Oberstdorf, Germany.

“I’m still in shock, it is crazy, I have not been on a World Cup podium before," said Diggins.

“It is great for the whole team.

“I had great skis, it was a fun day for all of us.

Østberg’s third place finish enabled her to extend her advantage over Johaug to 25.30 seconds ahead of the final two days of competition.

A Norwegian clean-sweep looks almost assured as despite Weng lying 2:27.50 off the leader, she holds a 2:88.04 advantage over Finland’s Anne Kylloenen.

Meanwhile, in the men’s competition, Norway’s Finn Hagen Krogh was able to rise up to fourth overall in the men’s standings after claiming victory in the 10km free technique event.

He held off the challenge of his compatriot and overall race leader Martin Johnsrud Sundby in the closing stages to finish 3.6 seconds clear.

The second place helped Sundby to stiffen up his advantage over second place Petter Northug on the leaderboard to 1:28.10, with the Norwegian having had a blip on stage five when he finished in 23rd.

Russia’s Sergey Ustiugov finished fourth on the stage to maintain his third place position on the overall standings and close to within just 3.70 seconds of Northug.

The penultimate day of the Tour de Ski is due to take place in Val di Fiemme, with a men's 15km and women's 10km event.