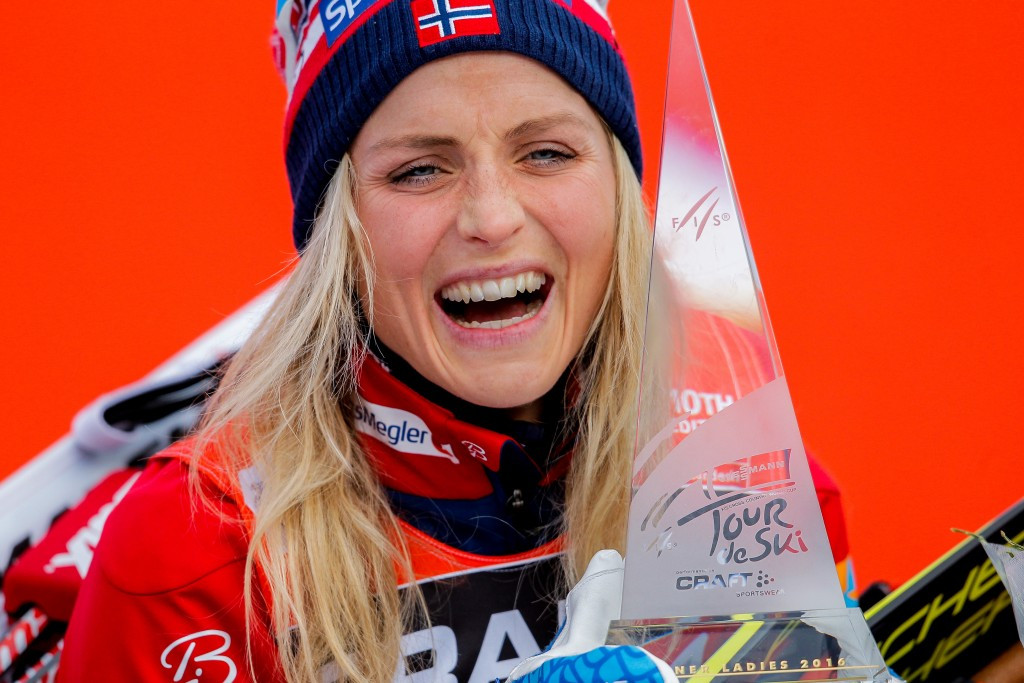 Norway’s Therese Johaug produced a stunning performance to claim the Tour de Ski crown as she overhauled a deficit of 38.7 seconds in the nine kilometres pursuit event to pip compatriot Ingvild Flugstad Østberg to the title in Val di Fiemme, Italy today.

With 2km of the race remaining, Johaug, the 15km pursuit world champion, put in a storming finish to cross the line 2min 20.9sec in front of her rival in 33:14.8.

Norway completed their dominance of the competition thanks to Heidi Weng, who won the 10km mass start event, as she sealed third overall.

The trio also lead the way in the race for the International Ski Federation (FIS) Cross-Country World Cup title as Johaug managed to extend her advantage at the summit of the leaderboard.

She currently sits on 1384 points, with teammate Østberg hear nearest challenger on 1195.

“I hoped I could take some seconds on Ingvild before the climb,” Johaug said.

“It worked better than I had hoped.

“It was my dream and big goal to win the Tour de Ski.

“Ingvild has pushed me at every stage of the Tour this year.

“I think this was my best Tour de Ski ever.”

The Norwegian monopoly of the event continued as Martin Johnsrud Sundby, who came into the final stage with a comfortable lead, completed his third straight Tour de Ski triumph by winning the 10km pursuit race in 30:47, giving him an overall time of 3:47:18.2.

Finn Haagen Krogh was second, over three minutes adrift of the winning time, while Russia’s Sergey Ustiugov marked his first appearance at the event with third.

By virtue of clinching the overall crown, Sundby became the first man to win three consecutive titles, with Poland’s Justyna Kowalczyk the record holder with four.

The 31-year-old also remains the one to beat on the overall World Cup standings as he has a huge lead of 550 points over nearest rival Krogh on 1,422.

“It has been a perfect Tour for me,” Sundby said.

"But everything has been perfect.

“The team has been great - I am happy for me and the whole team.

“I went for the stage victory and wanted to be fastest today.”