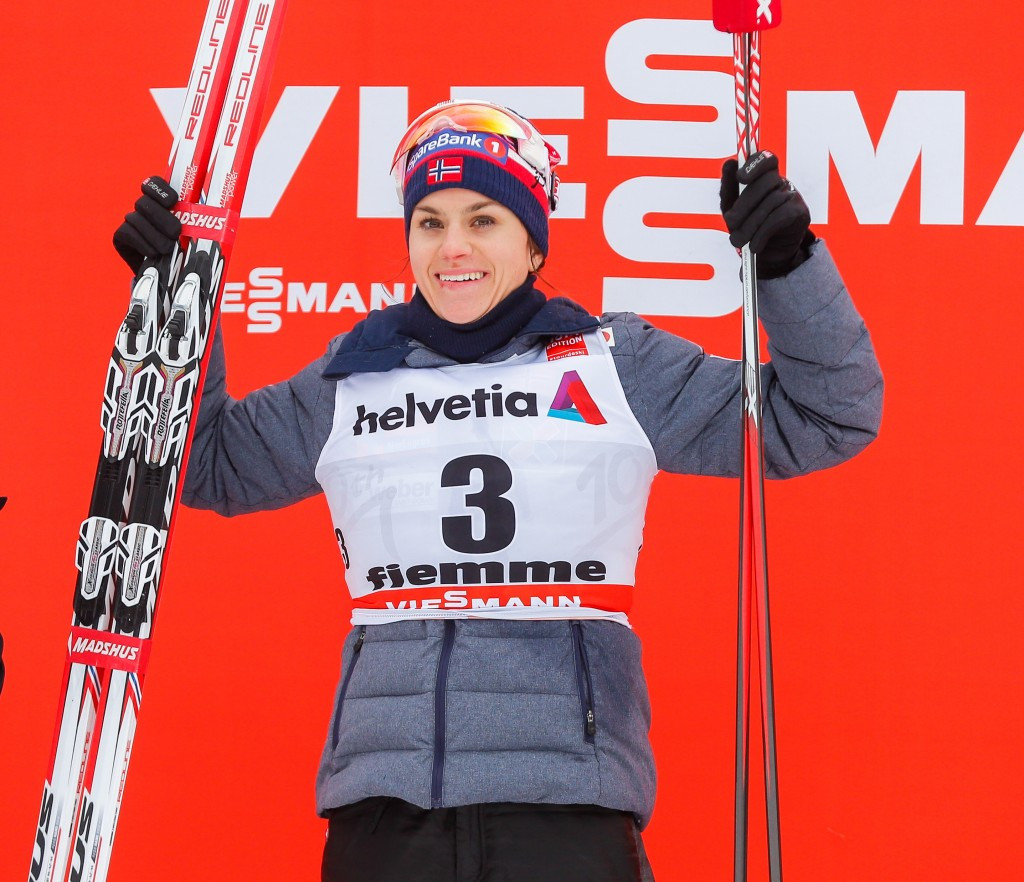 The 24-year-old had finished on the podium on 37 occasions prior to the women’s 10 kilometres mass start competition on the Italian course and was forced to wait until the final moments of the race to finally seal her maiden win.

Eventually Østberg and Weng broke clear of their rivals, before the latter timed an attack to perfection in the closing stages to break clear and claim victory in 29min 16.30sec.

“I cannot believe it, it is so crazy and hard to describe it," said Weng.

“I was the best today and I still cannot believe it, today I followed Ingvild’s track in the last uphill.

“I had stiff legs in the downhills, I was just focused on the finish."

Østberg crossed just 0.8sec adrift to ensure she maintained her record of finishing on the podium in every stage of this year's Tour de Ski.

The result helped her move 38.70 clear of Johaug, who finished third in the stage, in the overall standings ahead of tomorrow’s final stage.

Meanwhile, Weng, who is just under two-and-a-half minutes behind Johaug, now boasts an advantage of over four minutes ahead of fourth place Kalla to all but secure a Norwegian clean sweep of the overall podium.

With every Tour de Ski stage also counting to the Cross-Country World Cup standings, Johaug continues to lead the way with 934 points, ahead of Østberg who has 860 and Weng who is on 704.

He broke clear of the field to earn a solo victory, with the 31-year-old finishing in a time of 39:55.20 to win ahead of fellow Norwegian Niklas Dyrhaug, who ended 7.70 behind.

Sundby is now poised to join Switzerland’s Dario Cologna on a record three titles as he holds a 2:51.50 advantage over his compatriot Petter Northug.

Kazakhstan's Alexey Poltoranin, who was third today, is a further 2.50 behind in third in the overall standings, while Russia’s Sergey Ustiugov is just 3.2 off a podium place.

In the overall World Cup standings Sundby, a double Olympic medallist, is also in command, with a tally of 972 which dwarfs second-placed Northug's 594.

Another Norwegian, Finn Hågen Krogh, is third with 512.