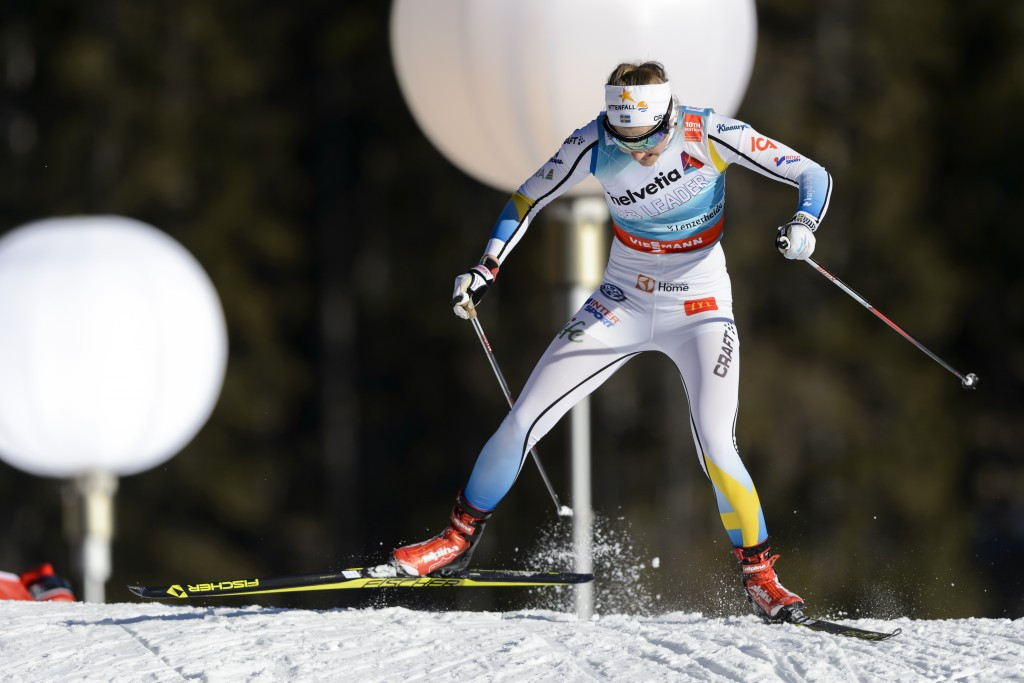 Stina Nilsson claimed her second sprint victory of the International Ski Federation (FIS) Cross-Country World Cup season and in doing so moved into the overall lead for the discipline.

The 22-year-old Swede was too strong in the 1.2 kilometre free technique event in Planica in Slovenia as she won her final in 2 min 33.03 sec ahead of two Norwegian rivals.

Astrid Uhrenholdt Jacobsen was second but 0.34 back while Heidi Weng was 0.55 adrift of the winner.

Nilsson, a team sprint bronze medallist from the Sochi 2014 Winter Olympics, has climbed above Norway's Maiken Caspersen Falla, who has dropped to third behind compatriot Ingvild Flugstad Østberg after failing to qualify for today's quarter finals.

Falla, the Olympic sprint champion in Sochi, has been suffering with illness.

"I am really happy for the second win this season," said Nilsson, who also won the sprint race in Davos in Switzerland in December.

"My plan was to ski as much as possible in the front.

"I am excited to be in the lead of the sprint World Cup."

The triple Olympic medallist, a distance specialist, was not in action today.

Meanwhile, Italy's Federico Pellegrino won the men's race in 2:15.12 to record a fourth free technique sprint success in a row.

It was his seventh World Cup victory in all, a record for an Italian skier after he had previously been tied on six with Pietro Piller Cottrer.

France's Baptiste Gros was 0.88 behind in second while Richard Jouve, another Frenchman, was 1.71 adrift in third.

"It felt very good in the qualification," said Pellegrino, who has 400 points at the top of the sprint standings ahead of Norway's Sondre Turvoll Fossli who has 204.

"I was worried it could get worse.

"I learned in my semi-final how to ski in the final.

"I expected Baptist to be fast on this course so my plan was to go in the front and get a gap on the others."

World Cup leader and defending champion Martin Johnsrud Sundby was not in action today but still has a commanding overall lead with 1422 points.

His nearest challenger, compatriot Finn Hågen Krogh, only has 872.

The Cross-Country World Cup will now move to the Czech Republic, with a men's 15km race and a women's 10km event in Nové Město na Moravě on January 23.