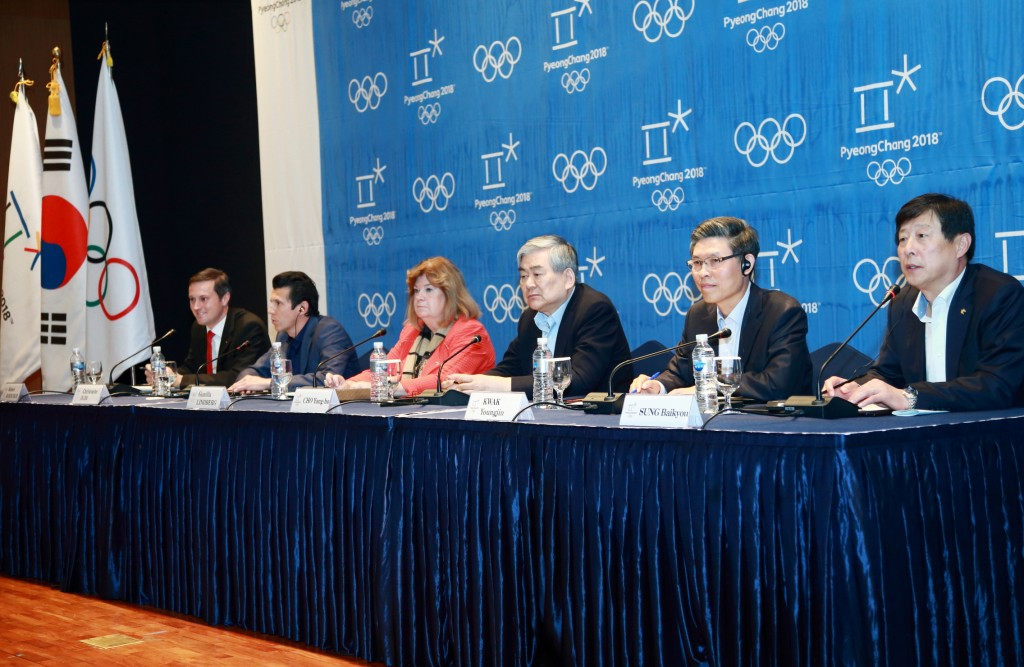 Pyeongchang 2018 vice-president Young-jin Kwak dismissed concerns over their removal of "sacred" trees in order to build a ski run for the Winter Olympics and Paralympics, remaining adamant there were no plans to move the venue despite mounting protests from a leading South Korean environmental group.

Green Korea United launched a scathing attack recently on the Organising Committee after thousands of trees were vut down from the slopes of Mount Gariang, which will play host to Alpine skiing events during the Games.

They feel the damage to the area, close to the Jeongseon Alpine Centre, is irreparable and branded Pyeongchang 2018’s attitude as “patronising”, while forestry experts in the nation have rubbished the Organising Committee’s belief that the region can be returned to its original state following the conclusion of the event in two-and-a-half years’ time.

But Pyeongchang 2018, who had vowed to plant 1,000 replacement trees, refuted the allegations, insisting the area is “not considered sacred by the general Korean public”.

The region is reportedly sacred due to a connection with the Chosun Dynasty, where civilians were prohibited from entering the forest to preserve the wild ginseng offered to the king.

Kwak's comments come after Pyeongchang 2018 suggested the reports had been exaggerated as only 1.03 per cent of the Mount Gariwang forest has been affected in statement sent to insidethegames.

The development prompted a petition against the removal of trees, hosted on Avaaz.org, which has now been signed by nearly 1.2 million people, but Kwak says the organisers are “not concerned” about the negativity surrounding the problem.

“We are aware of environmental protests going on at the moment,” he said at the closing press conference of the fifth International Olympic Committee Coordination Commission visit here today.

“We have been through a lot of discussions with environmental groups and have made changes to the venue as a result.

“The course was changed several times to provide measures to protect the environment.

“Construction continues to be ongoing at the venue and there are no plans to move competition elsewhere.”

The Mount Gariwang region was selected due to the fact that it was the only one of 10 proposed candidates which fulfilled the International Ski Federation’s (FIS) requirement for an Alpine skiing venue.

Under FIS rules, the vertical drop from the start to the finish needs to be 800 meters but one which is 750m can be utilised in “exceptional circumstances”.