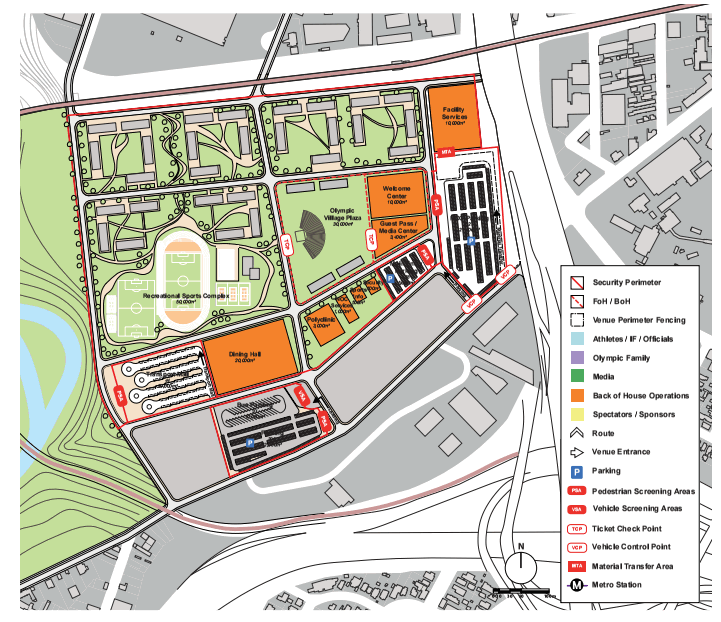 Los Angeles 2024 are in the process of "narrowing down" potential sites for its proposed Olympic Village - after it emerged that their preferred site might be too expensive.

Bid leaders in the American city had initially earmarked 125 acres of land at the LA Transportation Center for its Village - a site known as Piggyback Yards - but began scouting out other locations due to the cost concerns.

Initial suggestions forecast a $1 billion (£654 million/€932 million) price-tag for developing a Village at the site, which is currently a rail yard owned by the Union Pacific Railroad Company.

A city council meeting heard last month that it could cost double that to buy the site, relocate the yard and conduct an environmental clean-up operation.

That would be before any construction had even taken place and some suggested that the costs could be tripled.

Piggyback Yards remains on the table as a potential Village site with an announcement on the selected piece of land expected shortly.

"The bid report was published over a year ago and identified one site with a provisional figure of $1 billion which would be the cost of development but wasn’t given a lot of specificity," said LA 2024 chief executive Gene Sykes.

"Since then we’ve identified roughly two dozen sites and got a pretty thorough analysis of all of the sites.

"We’re actually narrowing that down to less than a handful.

"The sites that remain, we are doing continuing work on.

"In a reasonably short period of time we will make a decision about which site we believe is the best site for the Olympic Athletes Village.

"The analysis we have to do is pretty painstaking.

"We have to make sure that when we come in with an approach that we think is the right approach, that it’s very defendable."

The initial plans for Piggyback Yards, outlined in the LA 2024 Bid Book, proposed a facility for 16,500 athletes which will be less than 30 minutes away from 90 per cent of Games venues.

At the end of the Olympics and Paralympics, the venue would be converted into residential units.

The Californian city is up against European rivals Budapest, Paris and Rome for the right to host the 2024 Summer Olympics and Paralympics.

A decision is due to be announced by the International Olympic Committee in Lima in 2017.