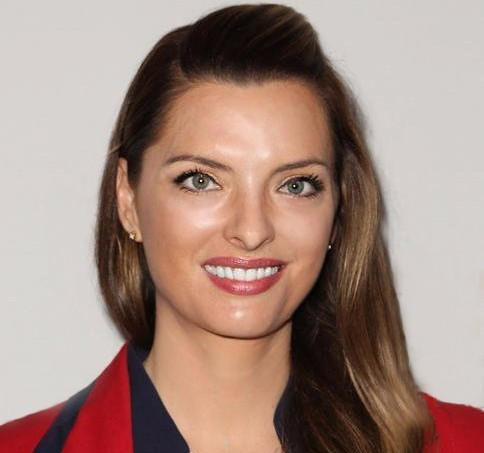 Olympic kayaker Tamara Christopherson has been appointed associate director of athlete relations of Los Angeles 2024, it has been announced.

Christopherson, a silver medallist at the 1999 Pan American Games in Winnipeg, will work closely alongside Bid Committee vice-chair and four-times Olympic swimming champion Janet Evans in ensuring athletes have a voice in their attempt at bringing the Summer Games back to the United States for the first time since Atlanta 1996.

She represented her country at the 2000 Olympic Games in Sydney and is currently President of the Southern California Olympians and Paralympians, which has a membership of around 800 athletes.

“I feel privileged to join LA 2024 to connect with the thousands of Olympians and Paralympians who choose to call California and the United States home,” Christopherson said.

“Working closely with Janet Evans and other athletes in their communities to inspire support for our candidature, we have a wonderful opportunity to bring the Summer Olympic Games back to the US for the first time in 28 years and I am thrilled to be a part of it.”

The 57-year-old will be tasked with helping with the day-to-day running of Los Angeles’ bid and will regularly liaise with chairman Casey Wasserman.

“I'm excited to welcome Tamara Christopherson to our team, and I know we will benefit from her leadership and experience in sport,” Evans, also Los Angeles 2024 director of athlete relations, said.

“Just like her, in Los Angeles and California, people live and breathe sport.

“Athletes here have a really powerful voice and we have a great opportunity to use that to inspire real passion for LA 2024.

“But we don’t just want cheerleaders - we want to work with athletes to understand what makes a successful Games from their perspective, so that we can develop the strongest possible candidature.”

Los Angeles is up against Budapest, Paris and Rome  in the race to stage the 2024 Olympic and Paralympic Games after Hamburg’s residents voted against the city’s candidacy at a recent referendum.

The International Olympic Committee is due to elect its chosen host at its Session in Lima in 2017.