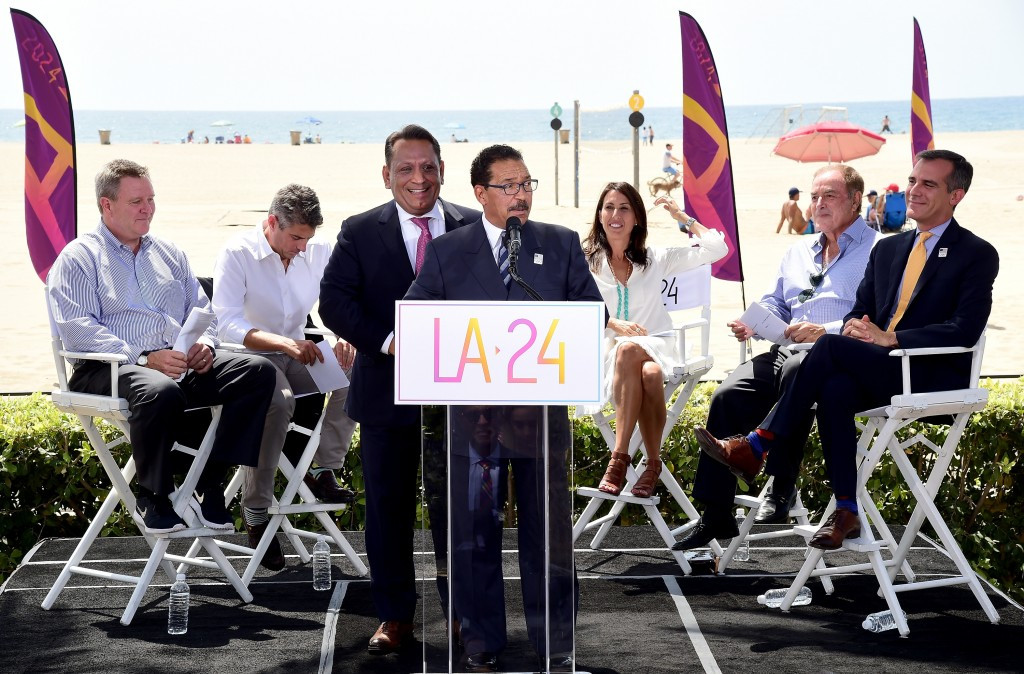 Los Angeles may need to find a new site for its proposed Olympic Village for the 2024 Games - as they could be priced out of their first choice.

Organisers had earmarked 125 acres of land at the LA Transportation Center as part of their bid, with the site lying close to the Los Angeles river, but have now admitted that they are looking at several other locations in the American city.

The preferred area is a rail yard currently owned by the Union Pacific Railroad Company, with the city's bid committee initially suggesting a $1 billion (£654 million/€932 million) development for the village.

However, a city council meeting has heard that it could cost double that to buy the site, relocate the yard and conduct an environmental clean-up operation.

That would be before any construction had even taken place with some now suggesting that the costs could be tripled.

"I do not see a pathway for using the yard for the 2024 Games," said councilman Mitch O'Farrell about a site which is known as Piggyback Yards.

The plans for the site, which are outlined in the LA 2024 bid book, promote a planned village for 16,500 athletes which will be less than 30 minutes away from 90 per cent of Games venues.

At the end of the Olympics and Paralympics, the venue would be converted into residential units.

An LA 2024 statement confirmed that the search for a village site had been widened despite the rail-yard remaining as an "attractive" proposition.

"When LA 2024 submitted our initial Games concept to the the United States Olympic Committee last year, we identified one parcel, the Piggyback Yards along the LA River east of Downtown, as a potential village site that would support the continued revitalisation and neighbourhood renewal along the LA River," the statement said.

"Like other parts of our plan, that configuration of the Olympic Village presents a significant legacy opportunity for our city after the Games.

"The village would have 17,000 beds for the athletes, coaches and staff, which would then be converted to 5,000 units of both affordable and market rate housing.

"While that is an attractive possibility, we’re also looking at several other preferred sites out of two dozen that are appropriate across our city.

"Athletes are at the very heart of our bid and so we want to make sure that we take our time to find the right location for them, as well as for our city and for our budget.

"Whatever the final configuration, our post-Games plan for the village will give us a welcome opportunity to add significantly to our housing supply and address our city's housing shortage."

Financial issues are often a stumbling block for Olympic bids, with concerns over costs one of the main causes of Boston's 2024 campaign eventually being dropped by USOC in favour of LA.

Los Angeles, the 1932 and 1984 Olympic city, is bidding against European rivals Budapest, Hamburg, Paris and Rome for the right to host in 2024, with a final decision due to be made by the International Olympic Committee (IOC) in Lima, Peru, in 2017.